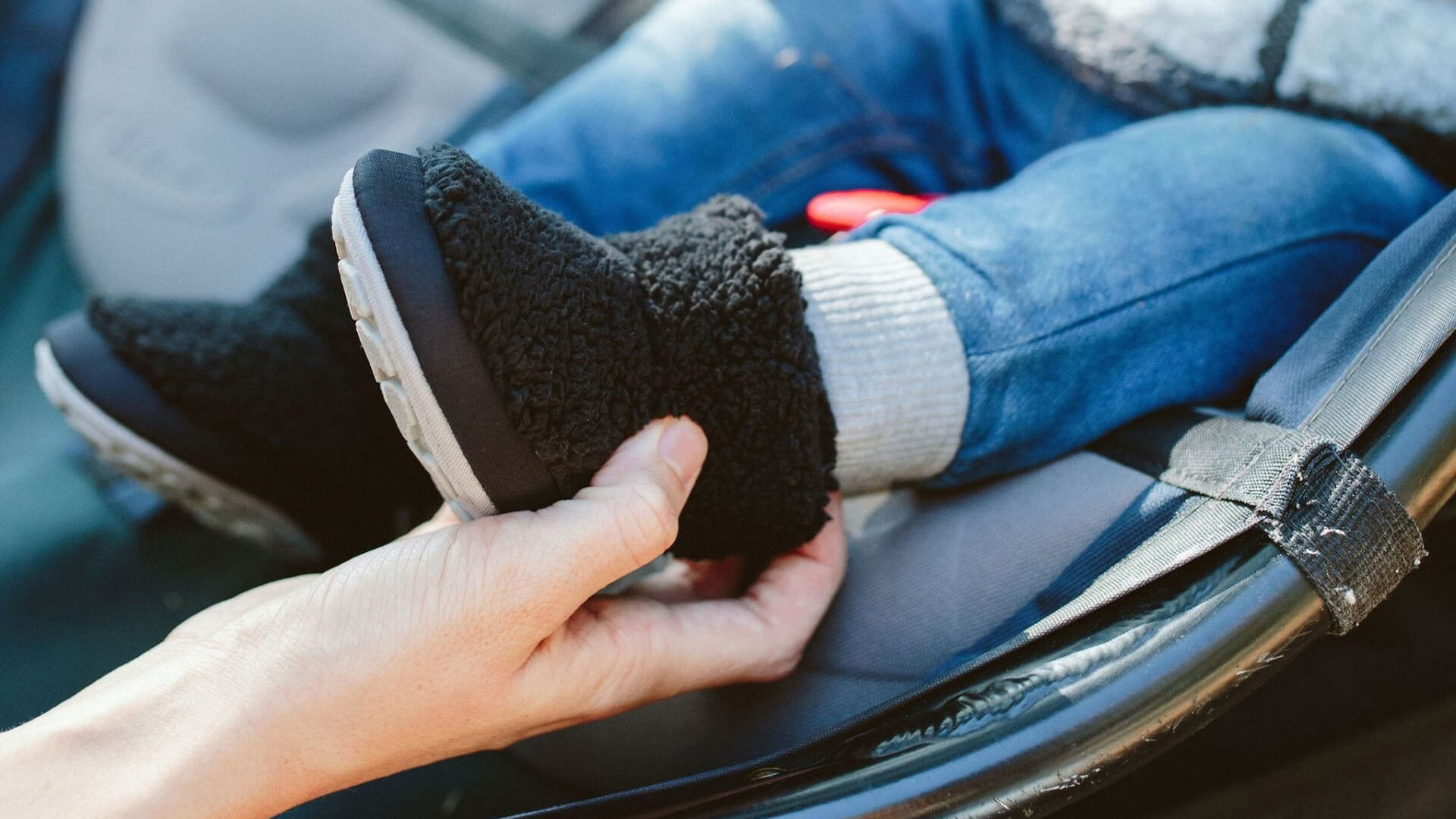 Megan and Jesse Milliken were always meant to make baby shoes. At least, that’s how their story seems now.

The couple spent 15 years in the exact fields that make their company, Woolybubs, so unique. Megan worked for more than a decade in environmental consulting, while Jesse worked at Nike.

After having three kids, the Millikens decided to quit their jobs and start their own company, combining their knowledge to create a pair of incredible, biodegradable baby shoes that literally dissolve in water.

Those shoes, called the Newbie, were like tiny, low-cut espadrilles. Now, the Millikens have a new shoe that’s much cozier and more wintery. It’s called the Woolybub.

The warming booties may not be as sci-fi as the Newbies, but they’re just as focused on sustainability. The shoes are 100% recyclable and made from used plastic water bottles.

Plastic waste is a massive problem, with some experts estimating that only 5% of it gets recycled in the U.S. each year. Many of those unrecycled bottles go to landfills — or worse, our oceans and waterways, where they can stay for more than 1,000 years without breaking down.

As Jesse Milliken told The Cool Down, the shoes are a small step in addressing a big, growing problem.

“Plastic isn’t going anywhere, yet,” Jesse said. “[So the question is] how do we repurpose that, and ultimately create somewhat of a closed-loop system.”

That philosophy is part of what experts call the “circular economy,” the idea of creating a system that doesn’t produce any excess waste and reuses the waste we’ve already created. By taking something we use every day and turning it into shoes, Woolybubs is keeping new trash out of the system.

And, perhaps just as importantly, the shoes are incredibly cute. Jesse said the shoes were “like a little Patagonia fleece for your feet” and stressed the fact that they’re extremely easy to put on and take off — a regular struggle that every parent knows way too well.

Jesse and his wife were inspired by Patagonia in more ways than one. As he told The Cool Down, Woolybubs followed the outdoor brand’s strategy of putting performance first. From there, they worked backward to make their shoes sustainable.

“That understanding that there is no silver bullet was critical to us,” he said.

The shoes launched in November, and, according to Jesse, they’re “selling like crazy.” Multiple styles and sizes were sold out within a few weeks, and parents have the option between pink, black, and oatmeal. The shoes are for babies up to 18 months old.