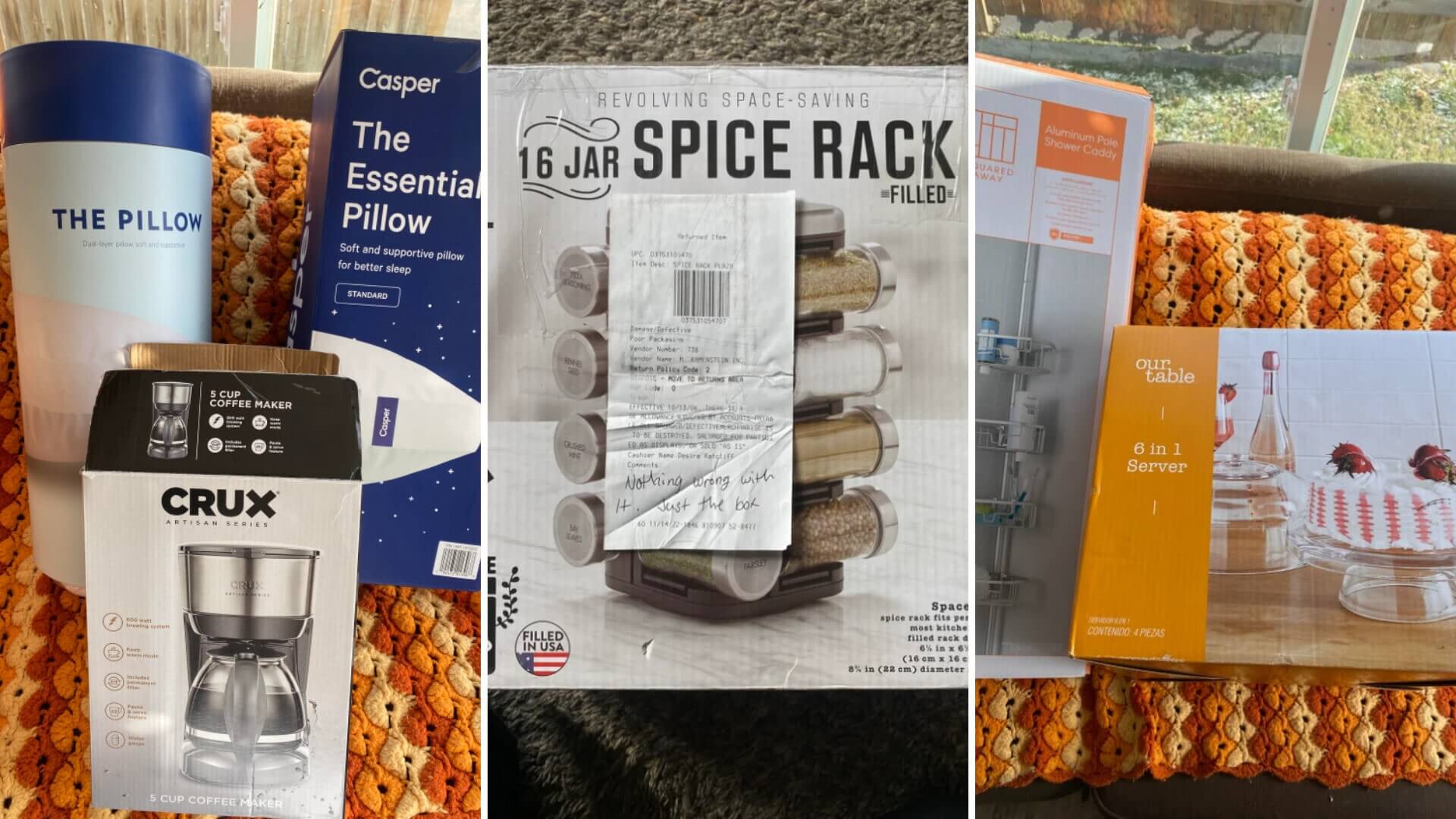 A Reddit thread may hold the secret to getting something amazing for everyone on your holiday gift list this year for a bargain.

A post from Reddit user r/hailey199666 shows photos of perfectly good items that she scored from a Bed Bath & Beyond dumpster haul.

The post shows a number of items including a 16-jar spice rack (already filled with spices!), a Casper support pillow, a Crux coffee maker, a shower caddy, a cake server, and several comforters — all new and completely undamaged.

They all appear to be items returned to the store for one reason or another. The spice rack even included the receipt with a note that said it was returned because the box was slightly damaged but the product itself was not.

The post created a buzz, with one commenter saying that “corporations should pay extra tax on waste like this. Sickening to think they can do the exact opposite and write it off.”

Last year, after a woman found slashed-up Coach handbags in a Dallas dumpster outside the store, her video went viral. The brand said it would stop destroying “in-store returns of damaged, defective, worn and otherwise unsalable goods.”

According to the Reddit thread, many stores are still throwing lots of items out daily.

Sending perfectly usable goods to rot in landfills, where they will produce potent methane gas as they decay, needlessly contributes to the overheating of our planet.

Plus, when it rains, landfills create a toxic chemical sludge called leachate — formed when rainwater filters through waste — that is harmful to local communities, wildlife, and waterways.

Dumpster diving became a big trend in 2010 following the 2008 recession, as detailed in the award-winning short film Dive! by Jeremey Seifert.

And as another recession looms, the trend is back in a big way on TikTok, with billions of views on content using the #dumpsterdiving hashtag.

Hailey’s Reddit post has nearly 200 comments, many of which are from former store employees who saw too many perfectly good items go to dumpsters.

“I worked at Michaels craft store and the store manager would pour paint on everything in the dumpster to make it so nobody could dumpster dive,” wrote one user. “It boiled my blood.”

One Redditor asks Hailey if it was an actual dumpster dive.

“Yes. I dive at all my local stores,” the original poster replied. “You’d be shocked at what is thrown out. Nothing is wrong with any of this except for packaging issues.”