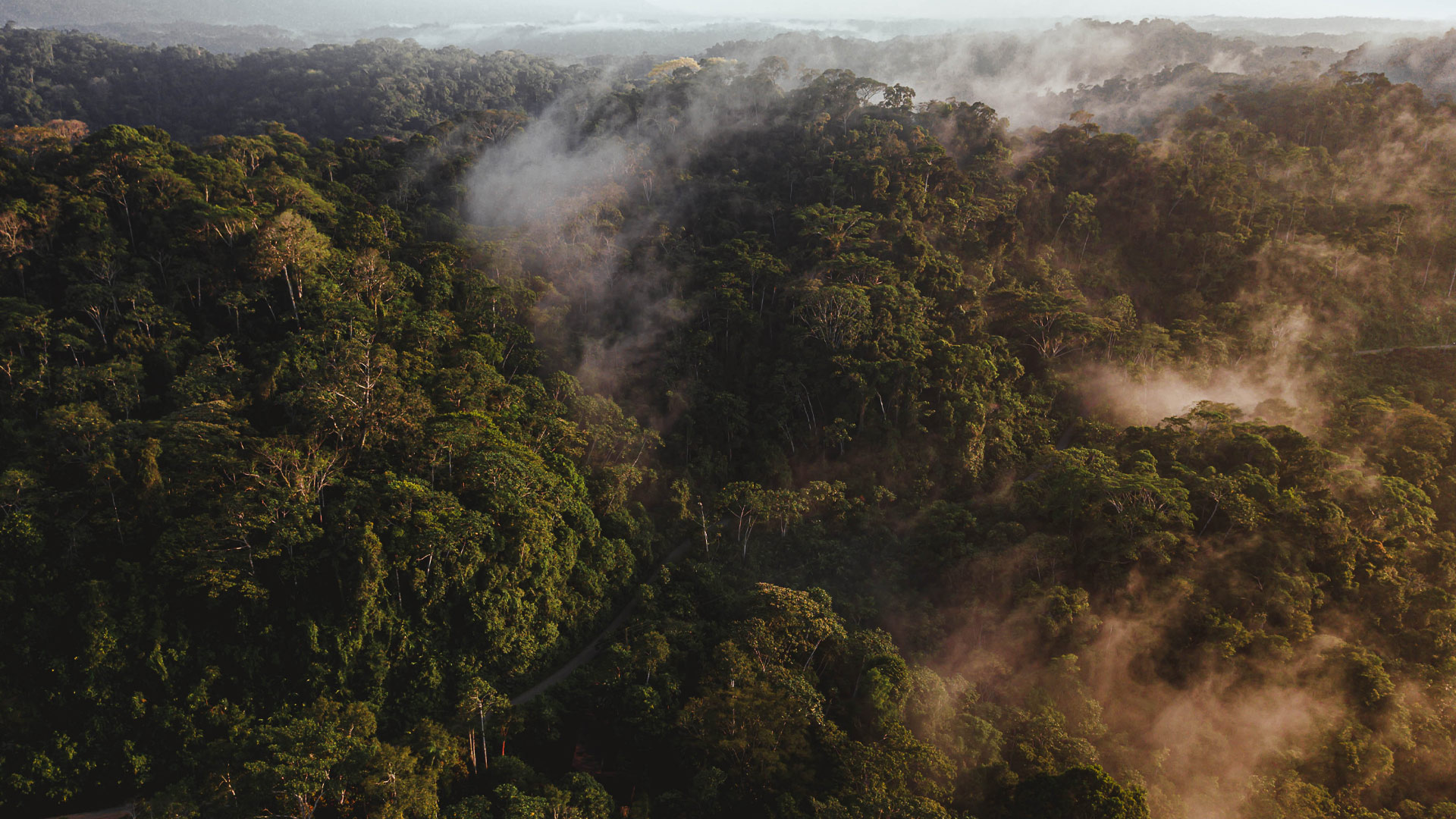 Considering the Amazon Rainforest spans 2.1 million square miles, it shouldn’t surprise you that it houses quite a few of the world’s greatest curiosities.

The Amazon is vast and dense, containing 20% of the world’s fresh water and serving as a home to an estimated 30% of the Earth’s species — but believe it or not, those aren’t even the wildest things about it.

Here are 10 facts about the Amazon Rainforest that may blow your mind:

1. The Amazon Rainforest contains roughly 10% of the world’s variety of life.

Home to nearly 50,000 different plant species and more than 2,500 animal species, the Amazon Rainforest is one of the world’s most diverse places; and more species are being discovered to this day. For instance, between 2014 and 2015, nearly 400 new species of plants and animals were identified in the Amazon. What makes it even more special is that of all the plant species identified in the rainforest, almost 75% of them are endemic, meaning they are only found in the Amazon.

2. The tallest tree in the Amazon Rainforest is almost as tall as the Statue of Liberty.

The tallest tree in the Amazon Rainforest was recently identified, towering an astounding 290 feet, just 15 feet shy of the Statue of Liberty’s tip. It is estimated that this tree may be around 400 years old and can store as much carbon as two and a half acres of rainforest elsewhere in the Amazon. The tree’s species name is Dinizia excelsa, and it has grown more than 65 feet beyond the species’ previous record height.

3. The Amazon is inhabited by millions of people.

This rainforest is home to over 30 million people, 9% of whom are Indigenous, from 350 different ethnic groups. The Amazon includes 3,344 formally acknowledged Indigenous territories. Located in South America, it stretches across nine nations, with Brazil holding 60% of the rainforest within its borders.

5. The Amazon Rainforest houses some of the world’s most interesting creatures.

The Amazon is home to a variety of curious creatures the average person may not have heard of before. They include:

6. The Amazon River‘s nickname is the “River Sea.”

The Amazon River is 3,977 miles long, with a span of up to 30 miles during wet seasons. It is the second-longest river in the world and is the world’s largest drainage system, earning it the nickname “River Sea.” In 2007, Martin Strel swam its entire length, swimming an average of 10 hours per day over 66 days.

7. It’s one of the wettest places on Earth.

The Amazon Rainforest experiences an average 12 feet of precipitation annually, approximating 200 rainy days; that’s 50 more days than Seattle, Washington! López de Micay, a Colombian city on the outskirts of the Amazon Basin, saw an estimated annual rainfall average of 42 feet between 1960 and 2012.

8. It’s the origin of most of the world’s food and pharmaceuticals.

It is thought that 80% of the world’s food varieties originate from rainforests like the Amazon. Familiar examples include our beloved coffee, avocados, bananas, cinnamon, chocolate, black pepper, nuts like cashews, palm oil, and açaí. More than 25% of modern pharmaceuticals contain Amazonian ingredients. One is the bark of the cinchona tree, which contains the well-known antiparasitic quinine, used to treat malaria. The lapacho and tawari trees are also believed to contain chemicals that can be used to fight cancer.

9. It relies on the Sahara Desert for nutrients.

The Amazon relies on African dust storms that originate in the Sahara for nutrients, like phosphorus, to maintain healthy and fertile soil, according to NASA. This dust travels more than 3,000 miles over the Atlantic Ocean to reach the Amazon. Phosphorus is essential for plant growth, and the Amazon Rainforest relies on it to keep its vegetation lush. It is estimated that 22,000 tons of phosphorus settles in the Amazon via trans-Atlantic Saharan dust storms.

The Amazon Rainforest is a crucial part of our environment because it acts as a natural air filter and hosts an array of important plant and animal species. Although its lands are threatened by deforestation, conservation efforts are underway to protect them.

And you can also help protect the Amazon! By avoiding or reducing your consumption of products with palm oil, by consuming more responsibly-sourced paper and wood products, by donating to conservation funds, and even by holding environmentally destructive businesses accountable via social media, your actions today will help to preserve the world’s largest rainforest for generations to come.