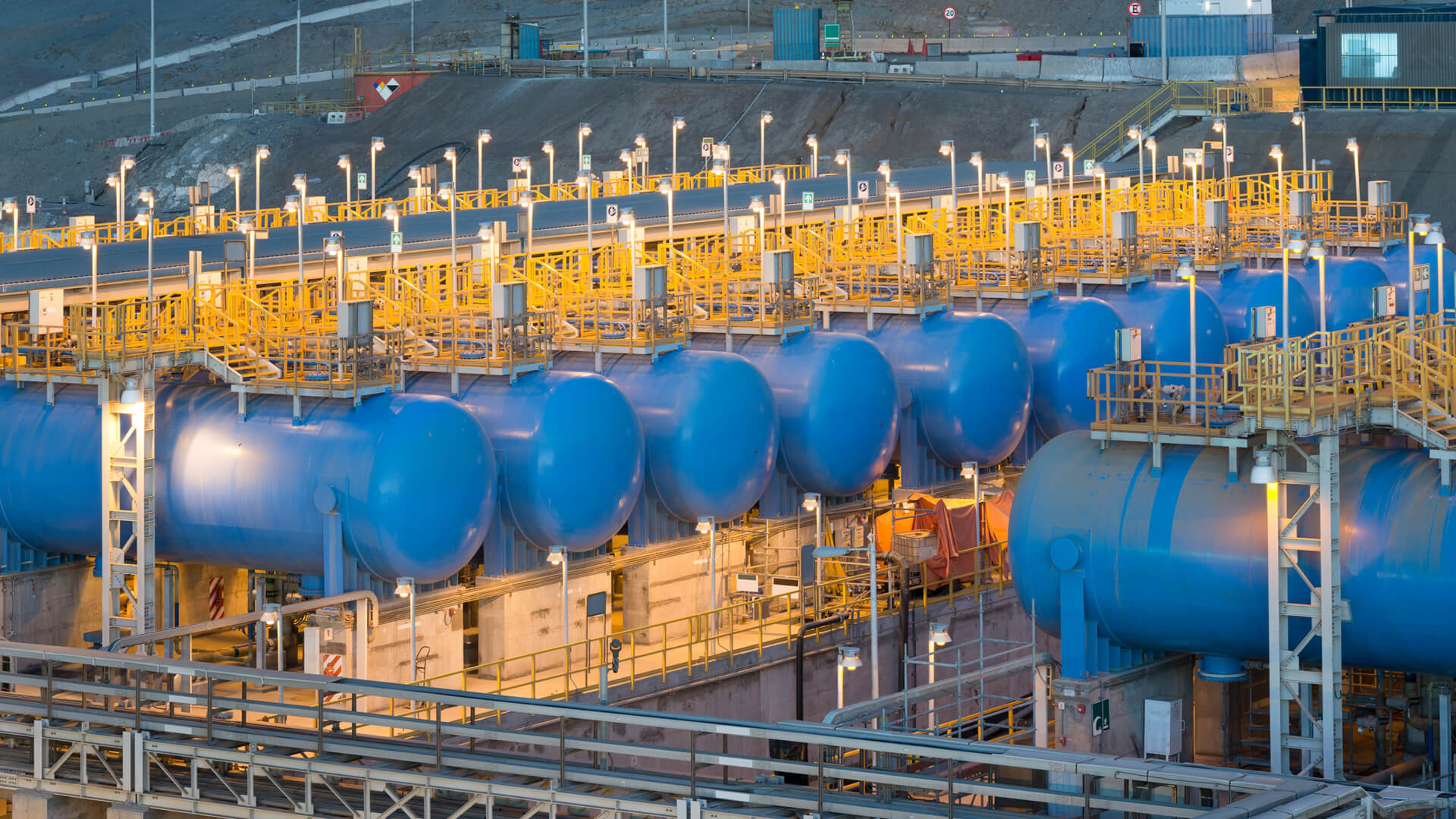 The world’s freshwater supplies are under threat from an overheating planet that changes the water cycle and intensifies drought.

Seawater is abundant but is too salty to safely drink, so humans are turning to desalination to convert seawater into drinkable water.

What is water desalination?

Water desalination is the treatment process of extracting salt and other impurities in seawater to create fresh, drinkable water.

The most popular methods use membrane (reverse osmosis) or thermal technology (distillation).

There are 20,000 desalination plants across 150 countries, supplying roughly 300 million people with freshwater every day.

How does water desalination work?

The thermal process recreates the natural water cycle, where seawater is boiled, the water evaporates, leaving behind the salt, and is then artificially condensed. Boiled water moves from a high-pressure chamber to lower pressure chambers, causing quick evaporation.

The water vapor (i.e. steam) is then captured and condensed to create liquid freshwater.

Another method of water treatment is known as reverse osmosis, in which seawater is pumped through a semipermeable membrane at a high pressure. A semipermeable membrane may be a natural barrier that acts something like a Brita filter, allowing only certain molecules through it while blocking the passage of others.

Water molecules can pass through the membrane while it filters 95 to 99% of the salts and other particles. This creates two streams: the freshwater stream and a reject stream, which is briny wastewater.

The freshwater then goes through “remineralization,” replacing the important nutrients like calcium and magnesium that were filtered out through the membrane.

A vital tool for water security

There isn’t much freshwater to go around, as it makes up only 2.5% of Earth’s surface water and only a fraction of that is suitable for humans to drink.

Desalination can help us meet demand for fresh drinking water and preserve freshwater resources like groundwater, lakes, and rivers, and their surrounding habitats.

As our overheating planet experiences worse droughts, we will see a decrease in the quality of freshwater resources, as higher temperatures make evaporation more intense.

Soils and vegetation will become drier, especially during periods of low rainfall, threatening our food security. As drought becomes more frequent, the agricultural industry will need to rely on desalination to keep feeding us.

By 2025, about 1.8 billion people may live in regions with absolute water scarcity.

Since 97.5% of Earth’s water is seawater and climate change will reduce the amount of naturally available freshwater, desalination seems like an easy fix to water scarcity issues that will only worsen over time — but it’s a costly process that can come with some environmental side effects.

Desalination plants are expensive to build and costly to run as the water treatment process is energy intensive and is frequently powered by burning dirty energy sources like fossil fuels. This is problematic because our overreliance on dirty energy sources has greatly contributed to the overheating of our planet that is making water desalination necessary.

Getting water from desalination can cost between two to 10 times more than traditional freshwater resources, too.

It doesn’t come without its environmental harms either; more than half of the seawater used in the process comes out as briny wastewater from the reject stream along with toxic chemicals from the purification process.

When this wastewater gets put back into coastal waters, it raises sea temperatures, increases salinity (saltiness), reduces oxygen, and lowers water quality, all of which have harmful effects for marine ecosystems.

Marine life can also be harmed when seawater is drawn into a desalination plant.

Fish and other species can get caught in the intake system, and smaller organisms that pass through the initial filtration die later in the purification process.

Changing the design of plants can help prevent this: Larger pipes that draw water slowly allow fish to escape before they get trapped.

Desalination in the U.S.: California’s Case

California is a thirsty state. Most of the coastal state is suffering under severe to exceptional drought conditions.

Historic drought has plagued California for the past 15 years, so the state’s Coastal Commission recently approved a $140 million desalination plant project in Dana Point (southeast of Los Angeles). It would convert 5 million gallons of seawater into drinking water for 40,000 people by 2027.

To offset some concerns about marine life, the plant will take in seawater using wells under the seafloor instead of using pipes.

The facility plans to dilute the brine wastewater by mixing it in with the water district’s wastewater pipelines.

As climate change intensifies water scarcity, the desalination industry is forecast to be an almost $30 billion industry by the end of the decade.