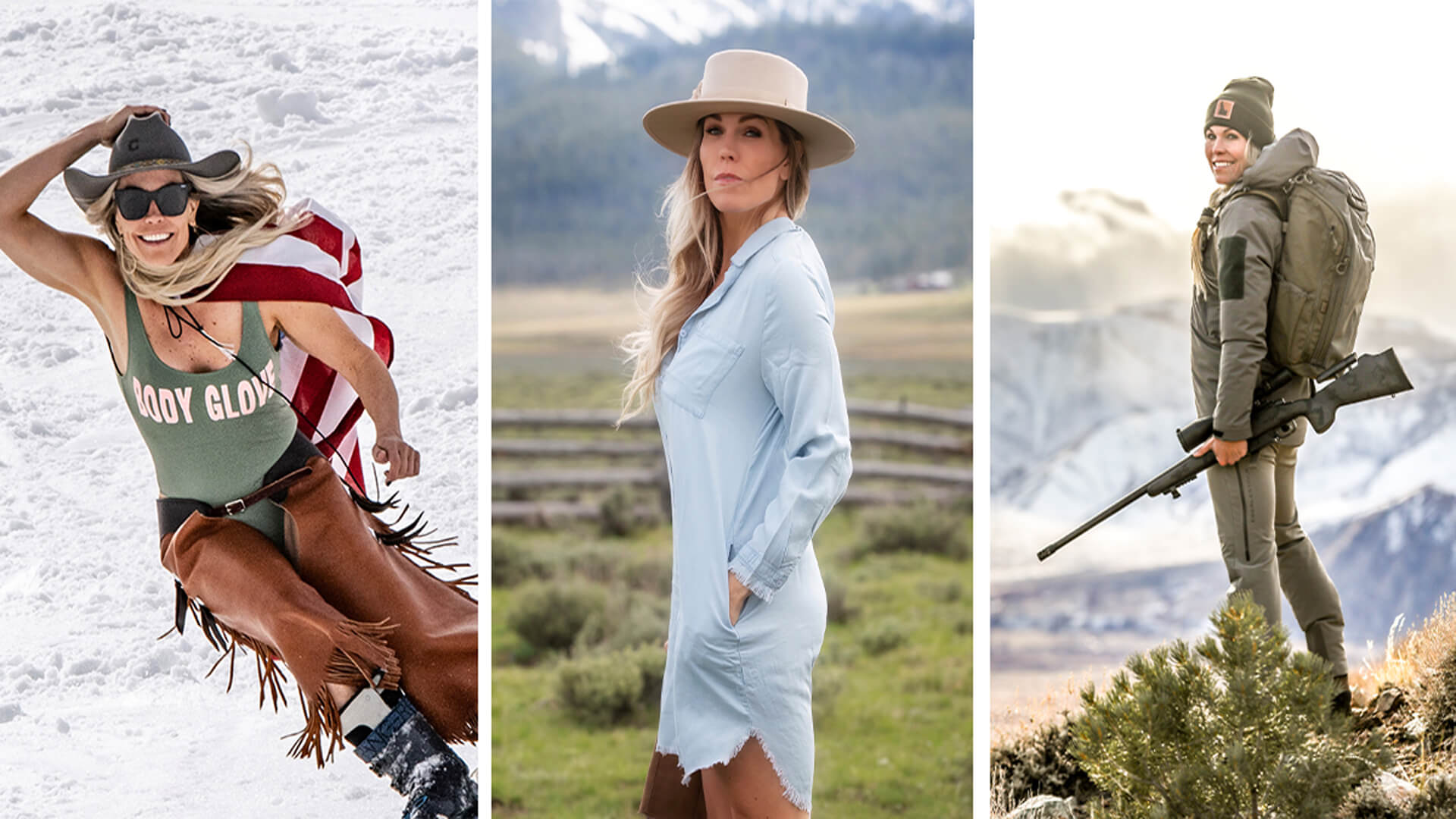 Tara Bell is a single mom, NRA-certified firearms instructor, and avid hunter on a mission to protect the wild spaces that her family has called home for four generations, before it’s too late.

“If I don’t have wild places to get connected to nature, get grounded and unplug from everything going on — that’s my life. So taking care of those places is more important than anything,” she told The Cool Down. “If people that hunt can’t figure out that if we don’t take care of wild places, then we’re not going to have any left.”

Through her company, Idaho Thunderbird, and her growing social media channels, Bell preaches responsibility and respect for the outdoors in her own signature ‘tell it like it is’ style, railing against trash left behind at campsites by fellow hunters and campers. Her survival retreats and adventure camps, held in the Idaho wilderness, bring women of all ages and backgrounds together to develop survival and life skills while building a reverence for the land she loves.

“I’m all about empowering people, opening their minds and shifting their perspective, whether it’s about climate or anything else,” she told The Cool Down. “We’re all humans, and we’re all on this one planet together. We have to come together with an open heart and an open mind to create change, even if we’re coming from different backgrounds.”

Bell is a fourth-generation native of the Wood River Valley in Idaho, where her great grandfather homesteaded in roughly 1910. Her grandparents were born in the now-iconic Sun Valley Lodge, when it used to be a hospital during World War II. Bell was born at home in the old mining town of Hailey, where she was raised by a lower-income, single mom and grew up listening to the music of Willie Nelson. With money constraints always front and center, she turned to nature as “the only thing that was free.”

From about the age of 2, Bell started skiing and, at 18, was recruited to the U.S. Ski Team with the hopes of making it to the Olympics. When an accident upended those plans, she took a full scholarship to Montana State and ended up competing in the ESPN X-Games. After a stint hosting the games for network, she moved to LA and got an agent to pursue a career in entertainment.

While she struggled to make it in Hollywood, she took a job to make ends meet, working as a nanny for the daughter of billionaire casino owner Steve Wynn. That led to an opportunity to become his private flight attendant, and later Bell moved to Las Vegas, where she took several other jobs in the private plane industry with high-profile clients.

But that all changed when she learned she was unexpectedly pregnant at age 40.

She immediately quit her high-flying lifestyle and set out to find work she could do as a stay-at-home mom back in Idaho. Bell had started a western clothing and hat boutique from her affordable housing apartment in Bellevue, Idaho, when COVID upended her plans.

“I thought, ‘I’m either going to become superwoman, or I’m going to die’ — that was like the state of mind I was in,” she said. “So I thought, ‘What do I know better than anything? And what do I love the most?’ It’s wild places.”

She came up with the idea for camps that could reconnect women with nature, where she could teach skills about survival and resilience to empower them long after the retreat.

“I’ve been camping and hunting my whole life, and I just thought I have so many people that I can connect to these amazing camps,” she said. After applying for a small business loan, she launched Idaho Thunderbird, grounded in the strength, power and reverence for nature symbolized by the thunderbird.

Today, Idaho Thunderbird’s women’s camps focus on empowerment, situational awareness, and being prepared for whatever comes your way — whether it’s extreme weather, getting lost in a city, or just the curveballs of life.

“Every single crazy thing that usually happens is because you didn’t have a plan,” she explained. “So all of the things we do apply to teaching women just to be more self-reliant.”

While the camps teach basic survival skills, like how to make a fire, foraging, and the safe handling of firearms for self-defense, she says the experience is just as much an inner journey.

“The question I ask is, ‘Do you believe that you’re more capable than when you came here?’ When they leave my camps, they come out brave, not living in fear,” Bell said. “I want to show women that they can be anything they want to be.”

Together with her 7-year-old old daughter Bella, she’s also become an advocate for conservation within her own hunting and outdoors communities. That means picking up trash wherever she goes, cleaning out fire pits, avoiding single-use plastic at her camps, and preaching ethical hunting practices. “I’m just trying to be really conscious of every single move I make,” she said.

Bell’s motto is to leave every wild space better than you found it. While she’s not what some would consider a traditional environmentalist, she believes her authentic experience gives her credibility as an unexpected champion for a cleaner, cooler future. With her own signature style — no apologies, full of grit, brimming with purpose — she says, “I’m ready to do what I need to do, to do the right thing. I don’t mind being the person that steps out of the box and tells it like it is. I love that.”