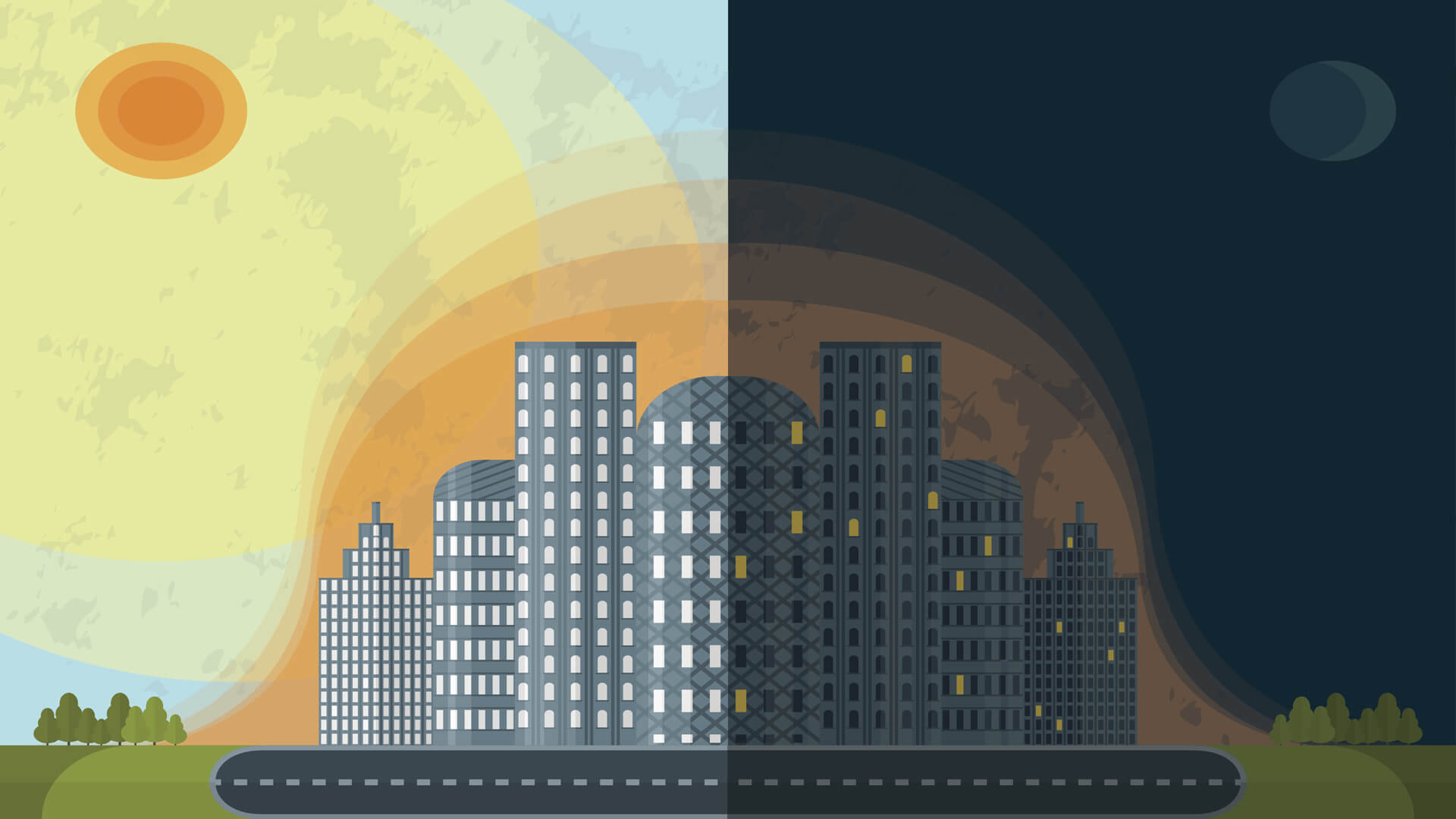 If you live in a city or town, you’re almost definitely living in what’s called an “urban heat island.” But these “islands” have nothing to do with water, and more to do with how cities are hotter — up to 15 to 20 degrees Fahrenheit — than their surrounding areas.

So even if you’re in Kansas City, hundreds of miles from the ocean, you’d still be on a heat island.

So why are cities hotter than their suburbs?

Basically, buildings, concrete, and pavement absorb heat from the sun really well. This heat gets slowly released back into the air over time, making your city feel way hotter than it would if you lived in a less urban area.

And because it’s hotter, more people understandably are using their AC units, which pushes even more hot air out into the city streets.

Understanding the urban heat island effect matters because extreme heat can put lives in danger. The deadliest natural disaster of them all is actually heat waves, which kill more Americans than hurricanes, earthquakes, tornadoes, and floods each year on average.

The elderly, the young, the active, and those who work outdoors are all especially susceptible to increased heat.

Heat islands make these groups more likely to experience heat stress or heat stroke, which can have severe health consequences, including headaches, weakness, dizziness, and even death.

Plus, shade helps when it’s hot outside, cooling areas between 20 and 45 degrees Fahrenheit during the hottest parts of summer.

This also means that even within the same city, temperatures can vary a ton due to which neighborhoods have more trees.

Across the United States, cities are planting more trees to help deal with the problem of urban heat islands.

Reducing your AC use and using a fan instead can also help to decrease the urban heat island effect. Keep in mind, however, that fans are ineffective at cooling you down at temperatures above 95 degrees Fahrenheit, according to the World Health Organization.

How much hotter is the urban heat island effect making your city?

If you live in a large city, you can use this tool from Climate Central to see exactly how much hotter the urban heat island effect is making your city.