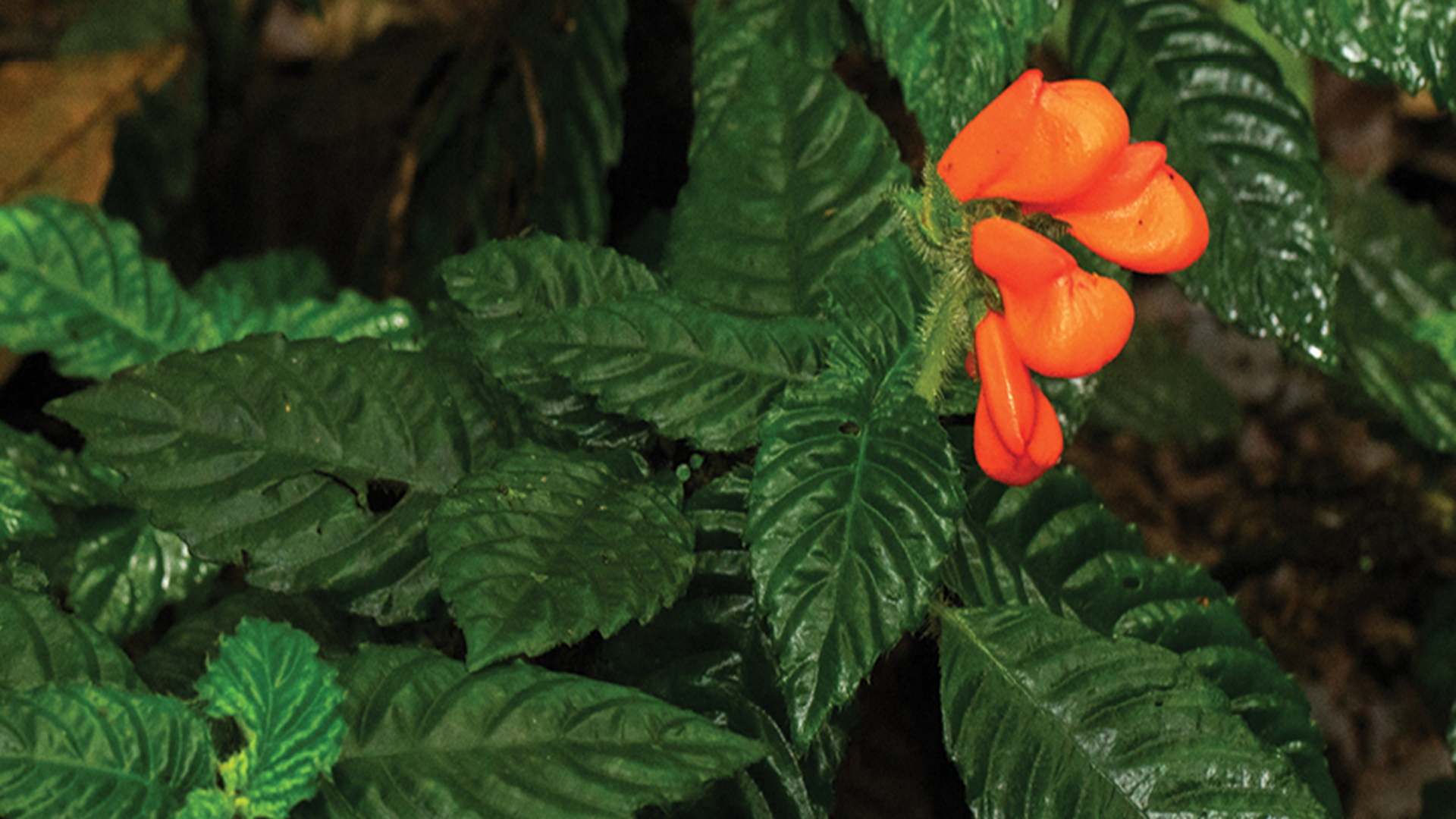 G. extinctus was named in 2000 from samples collected in the 1980s. It was widely assumed that the once-vibrant forest of west Ecuador, named Centinela, had fallen to deforestation for farmland. The destruction of these rich forests even had a name, the Centinelan Extinctions.

Turns out, more fragments of the forest still remain than many had assumed. Researchers have found dozens of areas, some even large enough to support populations of howler monkeys.

In 2021, scientists from around the world, including from the Field Museum of Natural History in Chicago, joined local researchers in Ecuador to search for these extinct flowers and assess the health of the remaining forest.

They found the bright orange buds of G. extinctus on the first day of their expedition in November. The researchers were able to confirm sightings of the flower made by local university students back in 2019.

The flower, and the cloud forests themselves, are still in danger from deforestation. Parts of the natural forest are currently being replaced by balsa and melina plantations. These trees, grown for agriculture, cannot support the wildlife and rich biodiversity of the historical Centinela region.

Just because G. extinctus is here now does not mean it will be here in the future. But Dawson White, a leading researcher of 2021’s expedition, said that there is still hope during a conversation with Gizmodo.

“The message here that I want to reiterate is that these areas that have been written off as destroyed … still hold many treasures,” he said. “And so we need to double down.”

Preservation of this beautiful landscape hinges on collaboration between local researchers and residents, governments, and conservationists from around the world. The team that rediscovered G. extinctus has listed important opportunities for conservation organizations, Ecuadorian government agencies, scientists, and donors on their website, VivaCentinela.

Samples of the misnamed flower are being sent to botanical gardens and DNA sequencers for future protection. Conservationists are working to protect the forests in ways that benefit local communities and economies. The most pressing conservation opportunity in the region, for example, is to get formal protection for the privately owned Bosques y Cascadas Las Rocas Reserve.