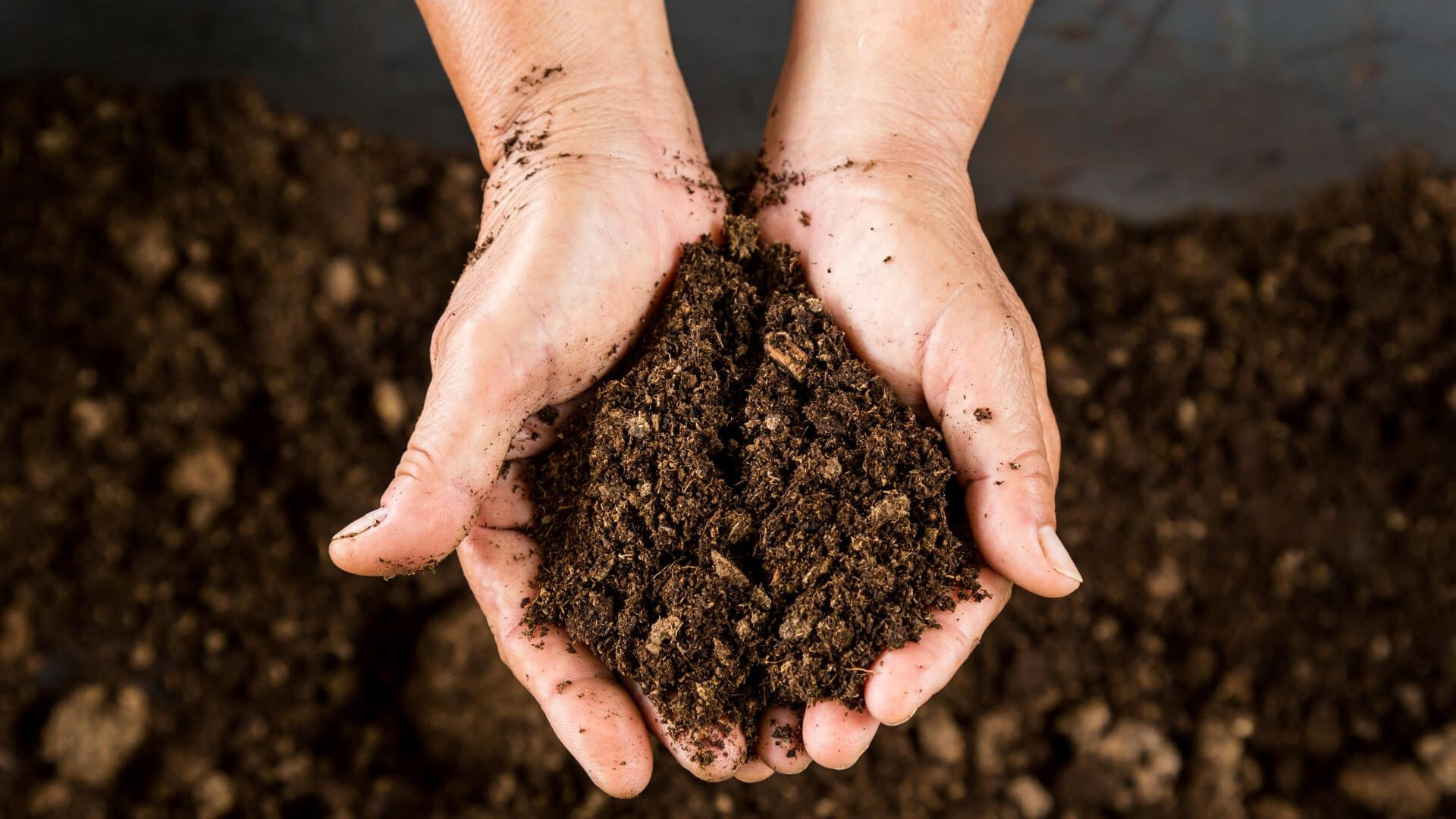 The dirt and soil beneath our feet is so much more than just the ground we walk on. It’s the foundation of our food system, and it’s a powerful layer of the planet that helps clean our atmosphere by sucking up carbon pollution.

Time magazine likens soil to a thick layer that encases Earth in a chocolate-like shell, with all of this casing storing (or sequestering) three times the amount of carbon that’s in our atmosphere.

This is an extremely valuable capacity given the overabundance of carbon pollution currently in our atmosphere, which contributes greatly to the overheating of our planet.

And, as Columbia Climate School explains, storing our excess carbon in soil is “a relatively natural way” of removing carbon pollution from the atmosphere with “fewer impacts on land and water, less need for energy, and lower costs.”

The problem is, unhealthy soil doesn’t absorb as much carbon as nutrient-rich soil. And human beings partake in a ton of practices that degrade the health of our planet-cooling chocolate shell.

Agriculture is a major culprit in degrading the health of soil, because when farmers prepare soil for planting, it exposes the carbon-rich, plant-nourishing material to air, releasing the gas into the atmosphere.

Industrial farming practices like monocropping, or growing the same crop on the same land every year, are detrimental to soil quality since they require more pesticides, as single-crop fields are more attractive for insects to feast on than diverse fields of crops.

These toxic pesticides reduce the nutrients in soil over time, making it less effective at absorbing carbon.

But a different type of farming is providing a unique solution to these issues.

What is carbon farming?

Carbon farming is a way to manage agricultural land with the aim of improving how much carbon is stored in soils.

It can help preserve soil nutrients and unleash our soil’s potential to store 6 billion tons of carbon — nearly equivalent to the United States’ carbon emissions for the year 2020.

Carbon farming practices include composting farm waste, which returns nutrients to soil, and planting cover crops like grasses and legumes.

Carbon farming also has multiple economic and environmental benefits, such as increasing crop yield, restoring water resources, and improving overall biodiversity, which is important for ecosystems to survive.

Scientists and farmers are experimenting with various materials to add to soil called amendments that can boost soil carbon storage properties.

Rock dust has been used as an amendment for many years because crushed-up rocks contain nutrients and minerals that are good for soil.

Experiments are also being done to test crushed-up basalt — a type of rock rich in minerals like calcium and magnesium — as a soil amendment. Basalt is a rock in the upper layers of Earth’s crust that has a similar level of nutrients as fertile soil surrounding a volcano.

Mining operations already unearth a lot of basalt, so it can be used to scatter on soils.

Some big companies like Unilever, PepsiCo, and Walmart are adopting carbon farming practices in large supply chains, which will increase the carbon storage on large swathes of land.

Businesses, farmers, and nonprofits have teamed up to form a broad coalition called Regenerate America to lobby Congress on the issue of including funds and innovation incentives for implementing carbon farming practices in the 2023 Farm Bill.