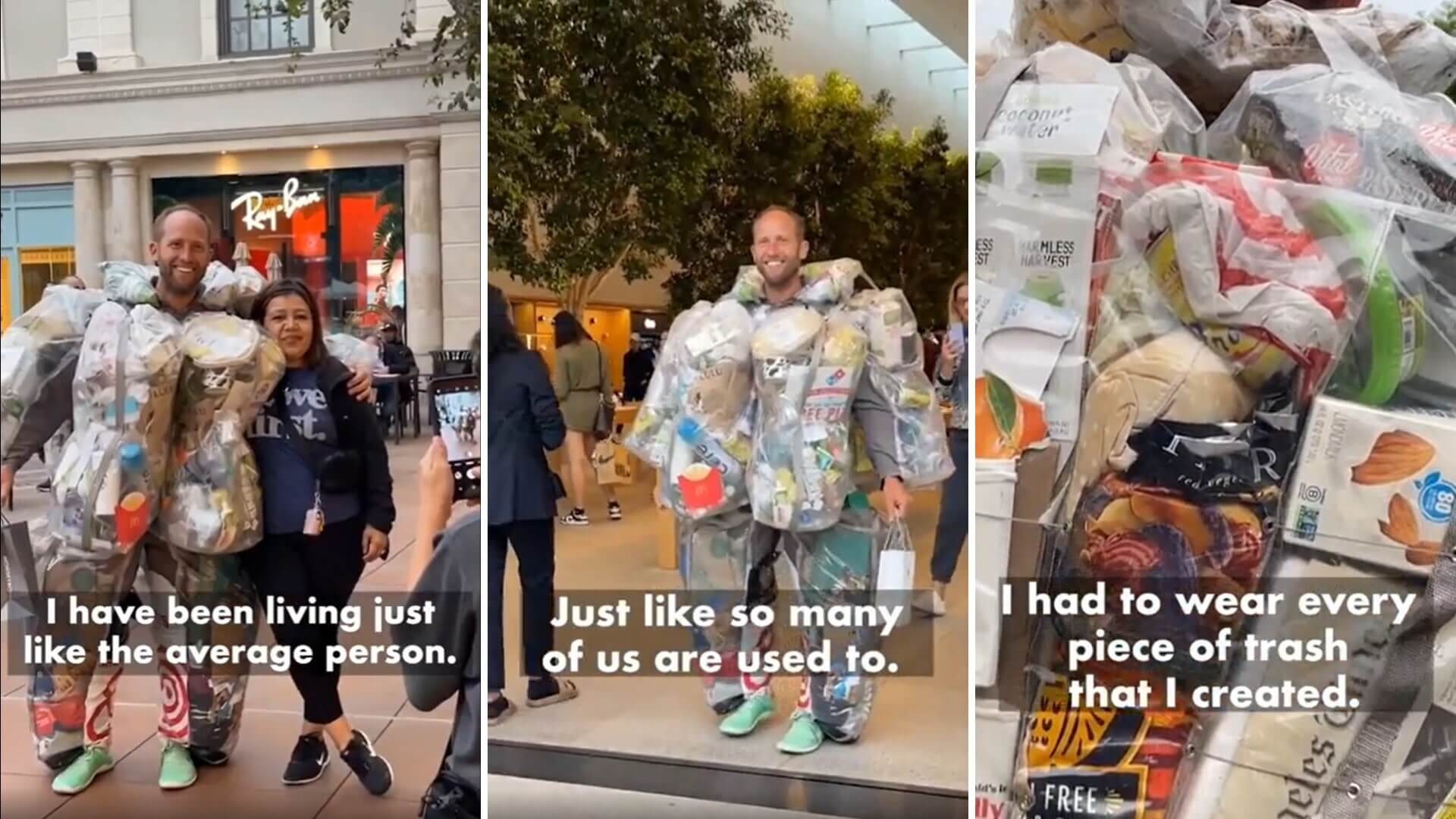 In a recent video on Reddit, campaigner Rob Greenfield raises awareness of the trash that people create by wearing a month’s worth of his own “collection.”

Rob confirms that he’s been “ … living just like the average person. Eating, shopping, consuming … but with one big exception. I had to wear every piece of trash that I created.”

In the Reddit video, the campaigner traverses from cafés to shops and even goes to a speaking arrangement, all in his “trash suit.”

The plan was to give people the chance to visualize the scale of the trash problem up close, given that many people toss their waste straight into a bin and think little of it. The “Trash Me” campaign has earned more than 1 billion media impressions, and a daily timeline can be viewed on Rob’s website.

Since the average person creates 4.5 pounds of trash per day, this is one environmental issue in need of attention. Would people change the products that they bought or used if they had to carry the waste around with them?

Such a debate is already underway beneath the original Reddit post. Following an intense few comments concerning the actual trash he was wearing — non-compostable, in short — and plenty questioning his sanity, one user commented:

“I worked with this guy for two summers at a college internship. He is the real deal.”

And following further heat concerning the realities of recycling, another user suggested, “If you don’t take your recyclable material to a recycling plant or facility, chances are it’s not getting recycled either.”

A later conversation concerned trash-blaming and who should take responsibility. Many, including one user, lay the blame on the doorway of corporates, not individuals: “The system we are in created the trash not him. That’s my 2 cents. You can’t buy food easily without packaging.”