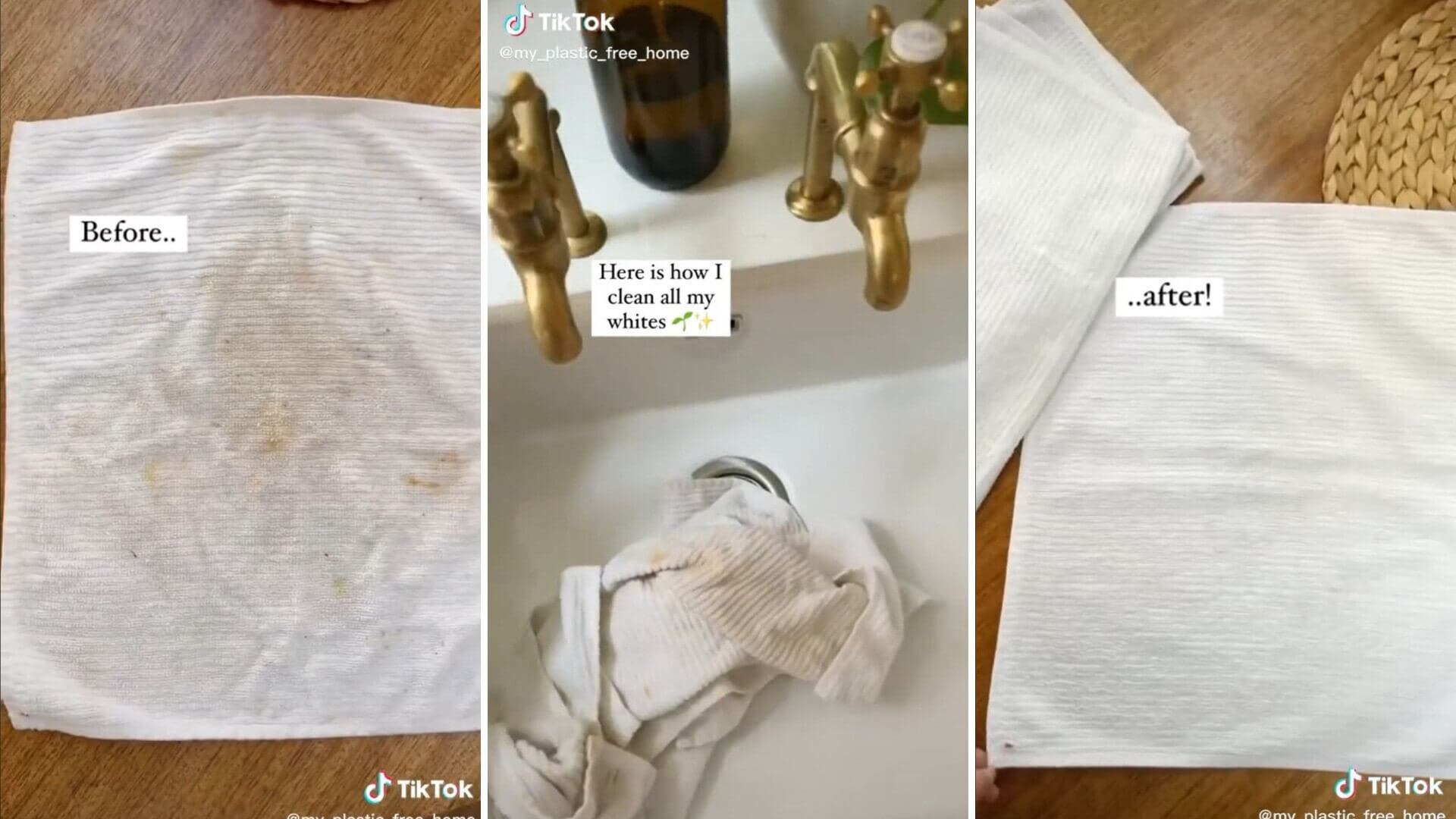 White clothes don’t stay white for very long unless you bleach them, and unfortunately, standard bleach is toxic and harmful to the environment.

But one TikToker has an alternative to get the same glowing whites in a gentle, eco-friendly way: sodium percarbonate.

Sodium percarbonate is the product of a reaction between soda ash and hydrogen peroxide. It’s a white powder that dissolves in water. When it does, it creates a powerful natural bleach — but only for a limited time.

“Sodium percarbonate is an eco-friendly product that’s active for just a few hours whilst it’s doing its work, and then breaks down to oxygen, water, and sodium carbonate with no environmental impact,” TikTok user Kate (@my_plastic_free_home) says in her video from last year.

Kate recommends adding about ¼ cup to a load of laundry in the washing machine, or adding about ⅓ of a cup to a gallon of hot water and soaking your whites in it to pre-treat them.

“I combine this with natural sunlight as the best bleach that you can get for your whites,” she says.

Sodium percarbonate is the ideal choice to protect your plumbing while still bleaching your clothes effectively.

Traditional chlorine bleach is corrosive to your pipes, but sodium percarbonate is harmless after it’s been allowed to sit for five or six hours. It can go right down the drain without hurting your plumbing or putting a septic tank out of balance.

Meanwhile, choosing a product that breaks down so quickly helps protect the local environment. It reduces the possibility of contaminating water sources and ensures that plants, animals, and people are safe from any contact with corrosive chemicals.

A few commenters were confused about the difference between sodium carbonate (also called “soda ash” or “washing soda”), sodium bicarbonate (baking soda), and sodium percarbonate. Some even speculated that an ordinary box of baking soda would do the trick.

Others hurried to clarify that there is a major difference.

Kate herself joined the discussion, adding, “Pure sodium percarbonate, for me, is a better option — one ingredient, eco packaging, and supporting eco-friendly business when buying.”