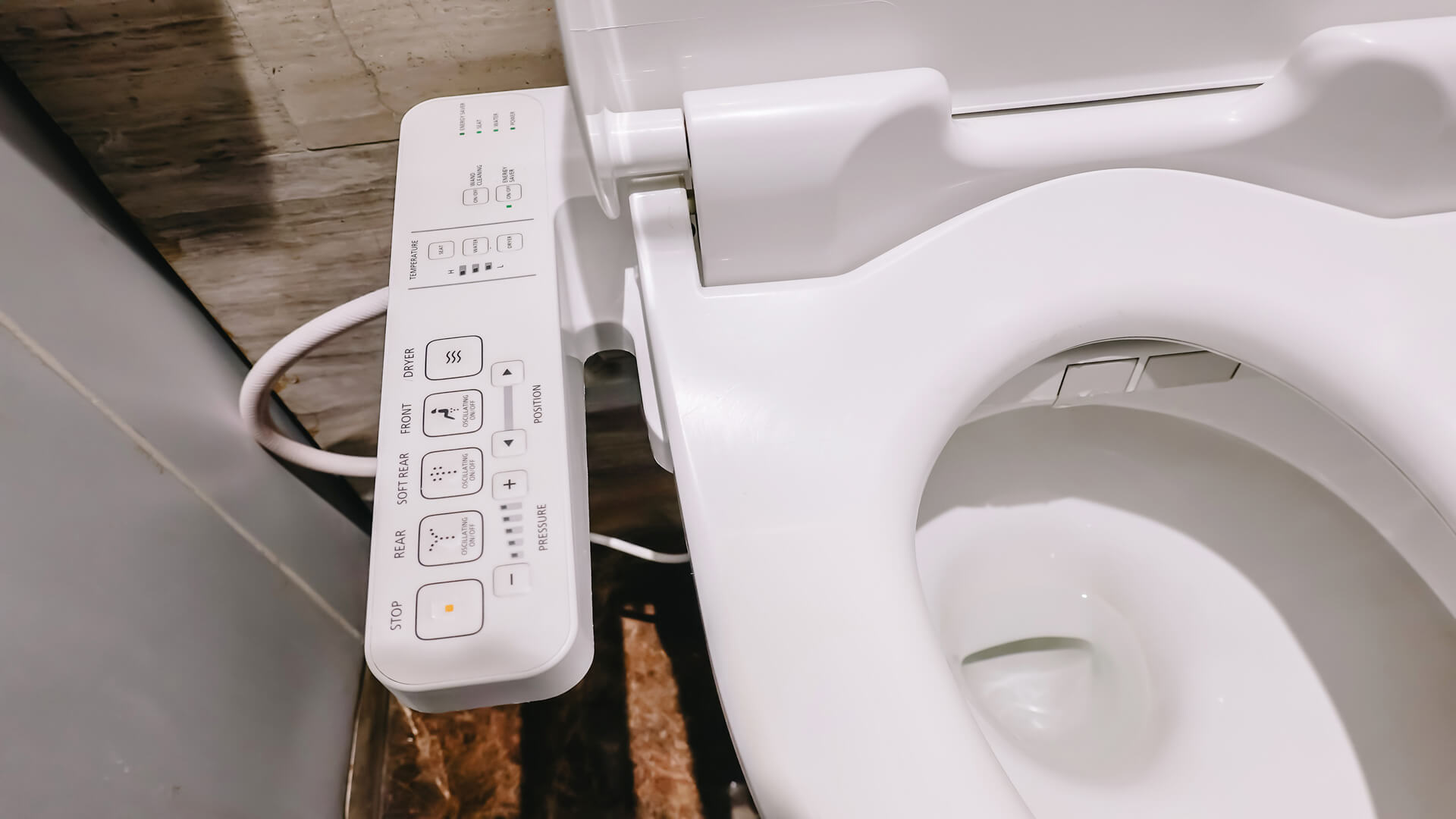 As the world reeled from COVID-19 and Americans struggled to find even single-ply toilet paper, one industry in particular cleaned up, so to speak. As toilet paper disappeared from shelves, thousands turned to the bidet to get themselves out of a crappy situation.

The simple bathroom fixture comes flush with benefits for your wallet and the planet.

The average American household uses approximately 400 toilet paper rolls per year, as calculated by Forbes. While a bidet may add a nominal fee to your electricity bill, you still stand to save between $180 and $350 from going down the drain annually by making the switch.

Besides reducing the amount of money spent on toilet paper, bidets can actually help save water, too. According to Scientific American, toilet paper production uses 37 gallons of water per roll, while a bidet might only need an eighth of a gallon per flush.

It’s no wonder bidets caught on during the pandemic, especially as shelter-in-place restrictions increased demand for luxury, at-home toilet paper and supply couldn’t keep up, explains The Guardian.

Those empty toilet paper aisles prompted many to purchase bidets. Jason Ojalvo, the CEO of a company aptly named Tushy, described the wave to The Guardian, saying that sales doubled in the first week of March 2020, then tripled soon after, before “… suddenly it was 10 times what normal sales are. A few days later it peaked at a million-dollar sales per day.”

The beginning of the pandemic might have given bidets a boost, but sales are still strong more than two years in.

Both the high-tech smart bidets with heated water and air jets and their lower-tech affordable cousins are still in demand. According to MarketWatch, both markets are expected to experience healthy growth through 2026.

The bathroom gadget has caused quite a stir on social media. The hashtag ‘bidet’ on TikTok, for example, has received over half a billion views at the time of writing. Users on the app have described the first-time experience as both transcendent and terrifying. Others from countries and cultures that have long embraced bidets, however, find the movement funny and a little odd.

“America is just discovering bidets,” laughed one user in the comments of a portable bidet ad.

“Y’all finally on the right path,” wrote another, while a third said, “brooo in the middle east bidets are standard in public and it makes me feel so clean.”

Bidet companies, eager to appeal to new customers, have found their voice on TikTok as well.

Tushy showed off its portable, magenta keychain bidet in this popular video, and Brodet (a bidet for bros?) went viral with its installation tutorial. Its more “manly” option sports the controversial nickname of “Skidmark Terminator.”

The branding may be tongue-in-cheek, but both companies are reaching wide audiences and furthering bidet acceptance in the United States.

Okay, fine, so bidets are great. But how would I install one?

YouTube handyman MrFixIt has you covered with this easy-to-follow guide for installing one for just $40.

If luxury’s more your style then check out his newer luxury bidet installation guide.

Are you planning to join the water-jet movement, or will you sit this one out?