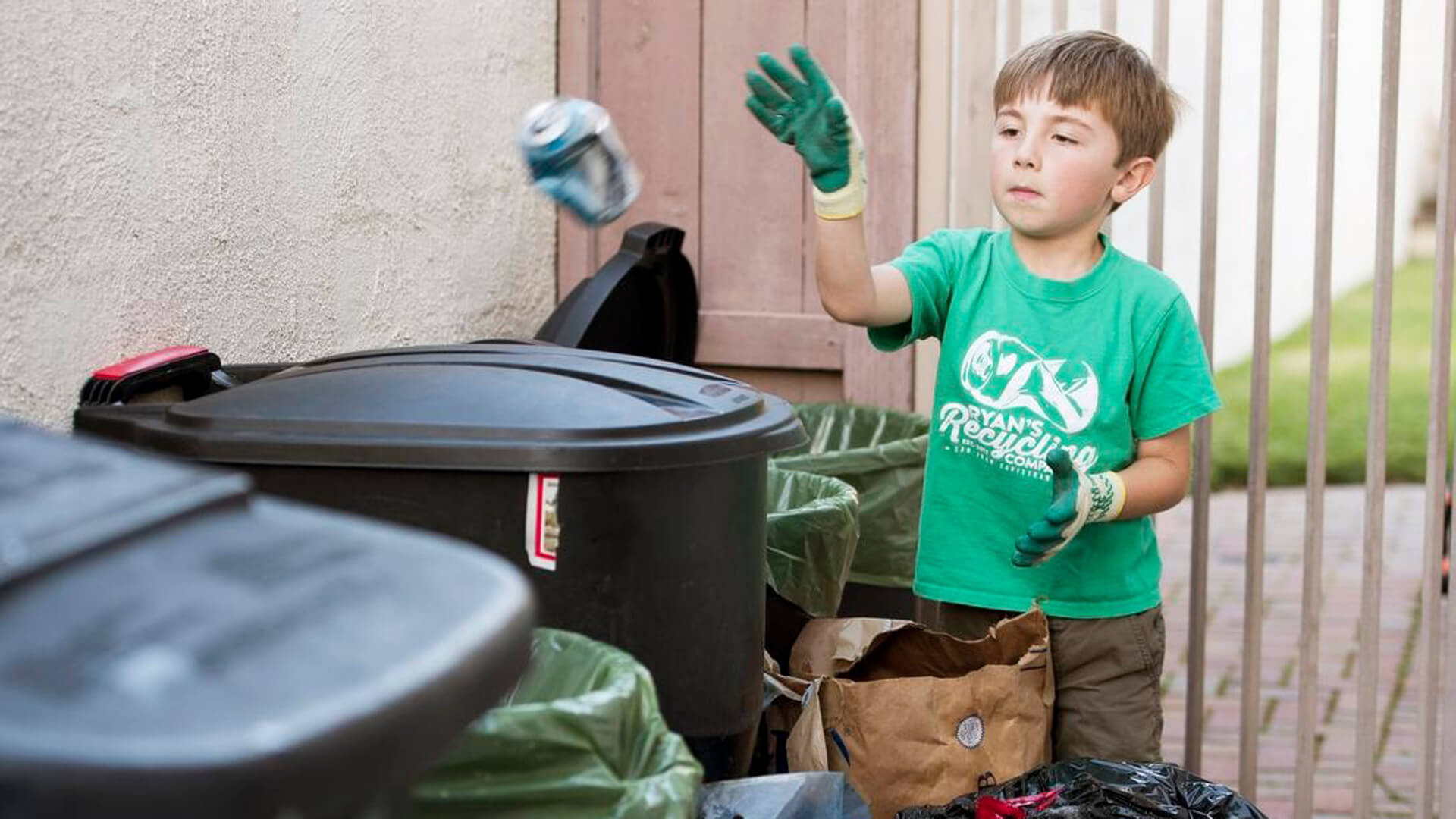 While most 3-year-old children were having fun making a mess, Ryan Hickman was discovering that he preferred cleaning up.

In 2012, Ryan went on a trip to a recycling center with his dad to cash in a few bags of aluminum cans. An unforeseen passion for recycling sprouted that day.

“I just loved it, and the next day, I asked all of our neighbors to start saving their cans and bottles,” Ryan, who is now 13 years old, told The Cool Down.

Following that simple request, his weekend hauls to the local recycling center with his father grew and grew.

That year, with help from his parents Andrea and Damion Hickman, Ryan officially launched a recycling company called Ryan’s Recycling.

Over the next decade, the team successfully recycled 1.6 million bottles and cans, diverting 171,000 pounds of recyclables from landfills.

Once a customer schedules a pickup, Ryan and his dad will stop by and collect recyclables from their home or office to take to a local processing center, where materials are unloaded, sorted, and weighed.

There are many misunderstandings about recycling that can impair the process, and Ryan, who has first-hand experience with these misconceptions, said he wishes more people knew what items can or cannot be recycled and would wash their items before recycling to avoid contamination.

“Some people throw items in the wrong bins with good intentions, but it messes up the process,” he commented on a practice known as wishcycling.

Traditional recycling can be very ineffective because of simple mistakes like wishcycling.

Although simple, these mistakes can have profound impacts. One contaminated item, such as a pizza box with oil and food residue, can contaminate an entire truckload of perfectly recyclable items, resulting in all of the items being thrown in a landfill.

What sets Ryan’s Recycling apart from traditional recycling is its criteria for acceptable materials and thorough sorting methods, both of which minimize the risk for contamination and allow more items to be effectively recycled.

Over the next ten years, Ryan has set the lofty goal for himself of recycling 5 million cans and bottles, and also launching recycling programs in cities that “need better options.”

Since going viral in 2017, Ryan has had an influx of considerable donations and funding. Last year, Ryan’s Recycling created a nonprofit called Project3R dedicated to teaching people about recycling and taking better care of our oceans. He hopes this nonprofit will continue to grow in the years to come.

In 2021, Ryan’s Recycling piloted a mobile recycling pickup service with the city of Irvine, California, called Recycle From Home. They make recycling easier by picking up and paying for recyclables at your home. Ryan hopes this program will be available in more major cities in the next decade.

Running a company is certainly not easy — but Ryan says he remains motivated to recycle because he has fun with it, and knows he’s making a difference in the world.

Of course, encouragement from his ever-growing community of supporters doesn’t hurt either.

“I get a lot of fan mail from around the world,” Ryan told The Cool Down. “People tell me to keep it up and I’ve inspired them, so I want to keep going. I get to travel and speak in really cool places around the world and I get to meet the nicest people.”

“I just keep doing my thing and people all over the world have reached out to tell me that they recycle because they saw me doing it,” he added.

But being such a well-known young entrepreneur has not always been easy.

“When I was a lot younger, I think people thought what I did was cute, but maybe didn’t take it as seriously, or thought my parents made me do it because I was a young kid,” he explained.

Although the young CEO says he remains disappointed in unsuccessful recycling programs, he uses this disappointment to further his passion for finding solutions for these issues.

“The people who don’t recycle probably think that one person can’t make a difference, and I tell them if a kid like me can do it, they can, too,” he explained. “It just takes millions of people recycling what they can each day to make a difference.”