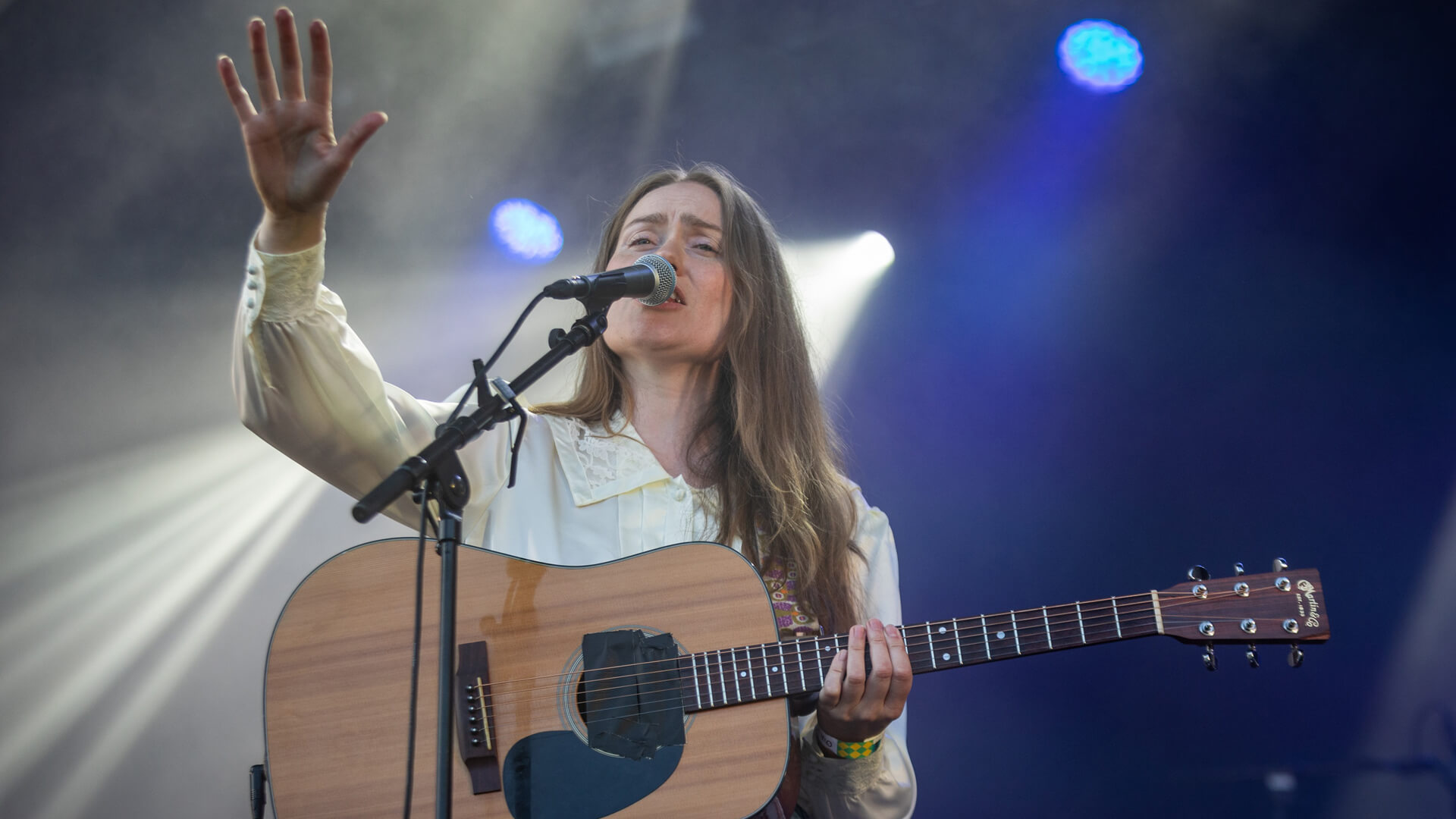 Øyafestivalen — also known as Øya Festival — in Norway has drawn big names like Gorillaz, Lana Del Rey, and Robyn, but, as the “world’s greenest music festival,” its main attraction is its ambitious green ethos.

What is Øya festival?

Øya, Norway’s largest outdoor music festival, has been pioneering new ways for live events to go green since 1999.

More than half of Øya’s waste is recycled, it runs on the local power grid instead of generators, and 95% of its food is organic (almost 40% is meat-free). As music festivals struggle to get sustainability right, Øya is leading the way by shining example.

Øya has literally written the book on sustainable live events, as well as won several prizes, including Europe’s Greenest Festival and the Green ‘n’ Clean Award at the European Festival Awards.

As a temporary home for 20,000-plus people, Øya shares many of the same environmental challenges as a permanent population, like waste, power, travel and food.

That’s why music festivals are often called “living labs.” They make ideal testing grounds for overcoming old habits that are harming the planet.

Music festivals haven’t had a great record for sustainability in the past. A Greener Festival reported in 2019 that the average festival creates roughly the same amount of carbon pollution as 500 cars.

Festivals like Coachella, Stagecoach, and Desert Trip produce an estimated 214,000 pounds of waste a day, and only a fifth of that is recycled. The rest is sent to landfill.

The escapist atmosphere of festivals can create a problematic throwaway culture. Attendees at Coachella described a sea of plastic bottles on the floor in 2017, even though there was recycling available. In the U.K., festivalgoers leave behind 250,000 tents every year.

But this also presents an opportunity to change attitudes. If festivals can get their attendees to take responsibility for their environmental impact, that might just affect their behaviors back in the real world, too.

“We have to have these living laboratories, where people can see zero waste at a concert, because without culture change, big policy solutions are not going to work,” says Heather White, founder of One Green Thing.

How Øya slashed its travel pollution

Nearly all of Øya’s 22,000 attendees travel to the festival by public transport or bike, which wipes out the single biggest contributor to most festivals’ carbon footprint.

Audience travel makes up 68% of the festival industry’s total pollution in the U.K., for example, with about three quarters of attendees opting to drive to outdoor festivals over taking the train or bus.

Øya is based in Tøyenparken, a park close to Oslo’s city center, which makes it easy for the audience to walk to the venue. A bespoke Øyacard also ensures cheaper train ticket prices.

How renewable energy powers Øya

A whopping 100 million gallons of diesel fuel powers festivals in the U.K. each year. In 2009, Øya began to do away with their own diesel generators to plug into Norway’s electric grid.

The vast majority of Norway’s electric power is renewable, with 98% drawn from sustainable sources (92% comes from its hydropower stations). That means that Øya can now claim to run almost entirely on green energy.

How Øya cut back on waste

Similar to festivals like Glastonbury, Øya banned single-use plastics in 2019. Drinks from the bars are served in reusable cups, plastic straws are gone, and rain ponchos can now be rented to reduce the amount of difficult-to-recycle plastics on-site.

Nearly all food packaging is compostable and is turned into a renewable fuel called biogas after the festival. Some plates are also edible.

Since 2016, Øya has reduced its plastic waste by an impressive 60%.

Sixty percent of its waste is also recycled – about three times what Coachella manages.