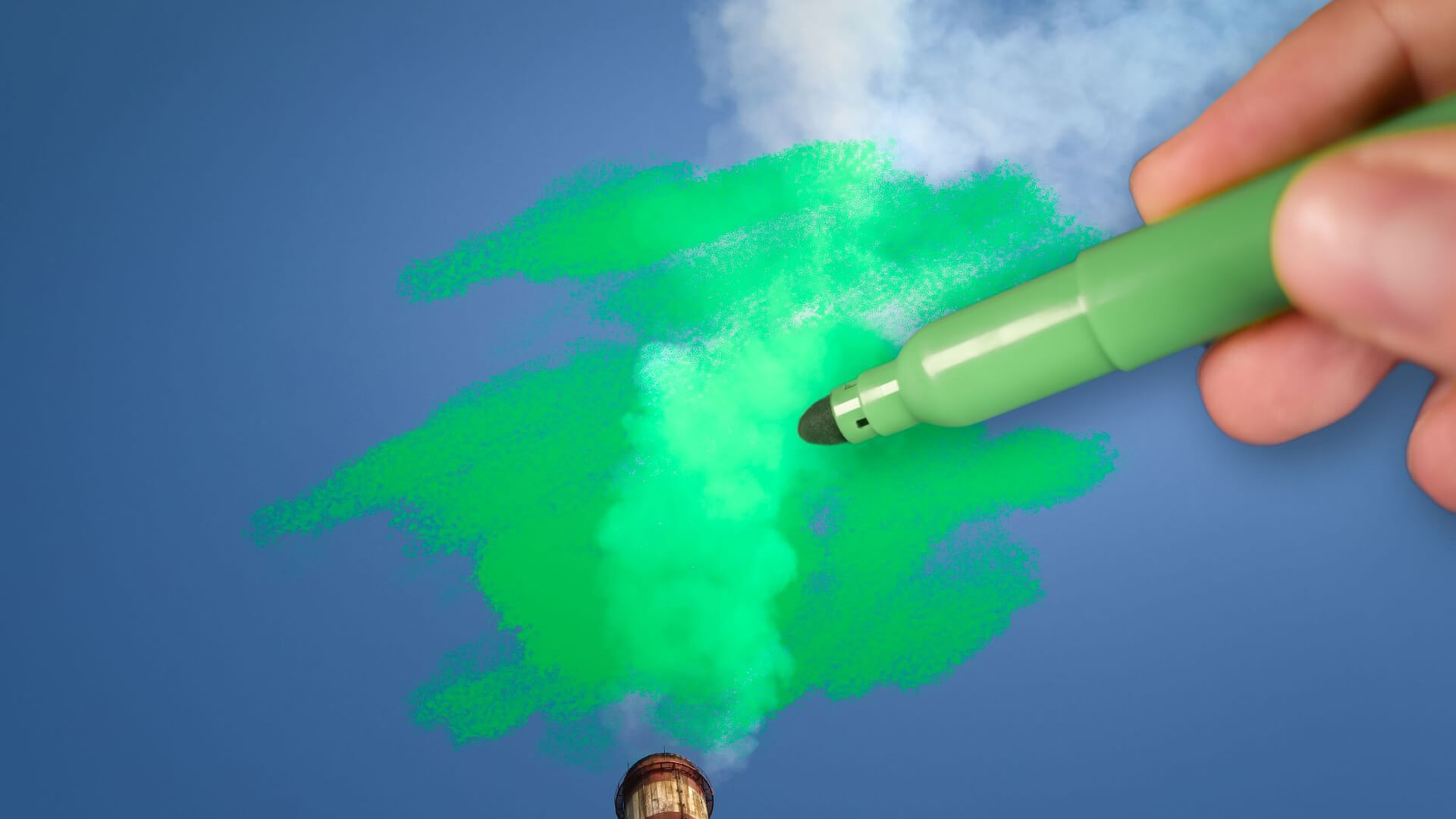 If ads featuring baby animals, pristine beaches, and lush forests tug at your heartstrings, you may be a victim of nature rinsing — the greenwashing tactic that leverages nature images to imply a company is more sustainable than it might actually be.

What is nature rinsing?

Nature rinsing is a form of greenwashing — a tactic widely used by oil, gas, auto, and airline companies, among other industries, used to misrepresent decarbonization commitments.

It uses beautiful and pristine nature images to imply a company is focused on environmental commitments or that a product is made from unadulterated or minimally processed natural ingredients.

According to findings in a report commissioned by Greenpeace Netherlands and the Algorithmic Transparency Institute (ATI), 72% of oil and gas, 60% of auto, and 60% of airline companies use greenwashing on social media, painting a “Green Innovation” narrative sheen for their followers.

The study, led by Geoffrey Supran, a research associate in the history of science department at Harvard, looked at nearly 34,000 social media posts from 22 different fossil fuel companies.

“This ratio of ‘green-to-dirty’ in each industry’s public communications (3-to-1, 4-to-1, and 1.2-to-1, respectively) misrepresents their contemporary commitments to decarbonization, implying that at least some of their social media content constitutes greenwashing,” says ATI.

Why is nature rinsing a problem?

For companies that aren’t inherently “green,” — those fossil fuel giants, for example — nature rinsing helps soften their image. It can make eco commitments look bigger than they really are, such as a small investment into renewable energy or supporting a nonprofit.

How are companies nature rinsing?

The tactic isn’t new. Companies have used nature imagery for decades. From shampoo to cars, you’ve likely seen ads use nature rinsing by a number of brands. These can include showing forests, oceans, rivers, plants, and animals.

Fast Company points to a recent Mercedez-Benz campaign called out for greenwashing. “Nature or Nothing” featured a rose, a leaf, and a honeycomb in promoting its electric EQS vehicle. “[I]t’s clear that the campaign participated in a deeper sort of visual deceit. It wasn’t just greenwashing—it was nature-rinsing,” John Kazior wrote for Fast Company.

What’s being done about nature rinsing?

Most efforts to curb greenwashing have focused on claims more than imagery. But Kazior says giving a name to nature rinsing is an important starting point to crack down on the tactic.

“Nature-rinsing may not be a new strategy, but as a word it could prove invaluable,” Kazior writes. “Will it help us to see through the false assurances of glistening rivers at dawn, ocean expanses, cute furry animals, and other ads for fossil fuel corporations that have been touched up with lush green foliage?”