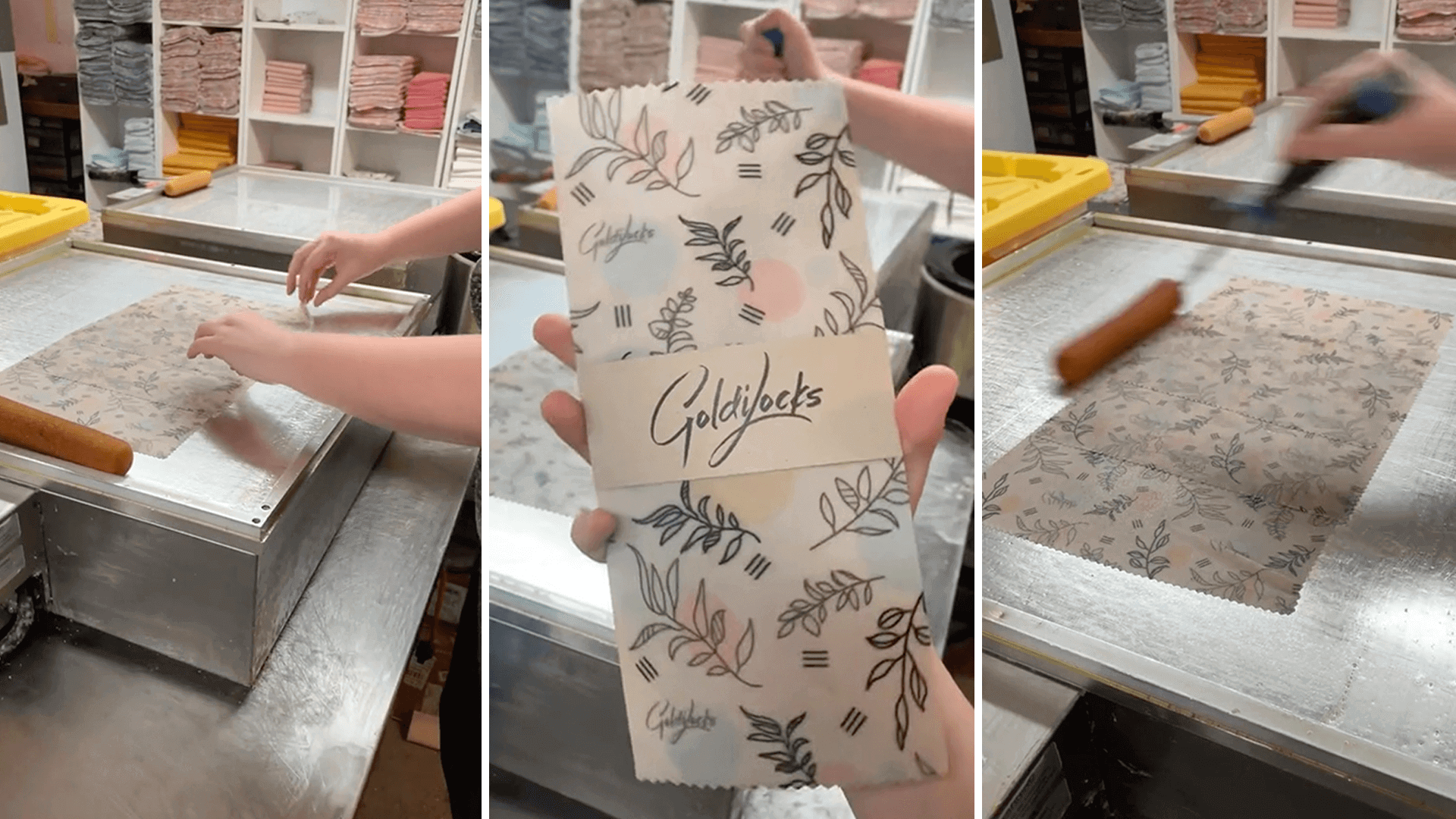 At first they thought they’d been stung by a deal gone bad, but what started as a mistake ended up being the bee’s knees.

Goldilocks Goods, a small business in Canada, makes handcrafted beeswax wraps and other home and personal care goods. In a Jan. 17 video shared on TikTok, they told a tale explaining that a fabric printer had accidentally sent them an entire batch of a new print for beeswax wraps instead of the small sample they’d requested. Unfortunately, this print — part of a collaboration with another brand — was packaged prematurely, so the colors ended up bleeding together and tarnishing the design.

(If you’re not familiar, beeswax wraps are an all-natural, reusable, and eco-friendly alternative to plastic wrap and tinfoil. They can keep food fresher for longer and, since they’re reusable, can save money over time.)

But instead of tossing out the fabric, the team at Goldilocks Goods decided to use the “perfectly good fabric with an imperfect design” as an opportunity to educate their followers about the waste that results from manufacturing.

What is textile waste?

Meanwhile, the global rise of fast fashion has only accelerated our global problem with textile waste.

Small solutions can have a big ripple effect

In the now-viral TikTok, which has racked up more than 5.4 million views, Goldilocks Goods said that it decided to turn the defective print into beeswax wraps anyway and sell them at a 25% discount, rather than scrap it all and contribute to textile waste.

And, as karma would have it, the misprinted beeswax wraps actually became one of the business’ best-selling products in 2021.

Goldilocks Goods demonstrated the positivity that can come from a little mistake. While its misprint ended up as a bestseller, their viral TikTok also introduced thousands of TikTokers to the advantages of beeswax wraps, an eco-friendly, single-use-plastic alternative.

Considering Americans use an average of 2,000 square feet of plastic wrap every year — the size of about five two-car garages — that’s no small feat, even if just a handful of viewers chose to make the switch.

As one TikTok commenter succinctly put it, “So [it] wasn’t really a mistake in the end.”