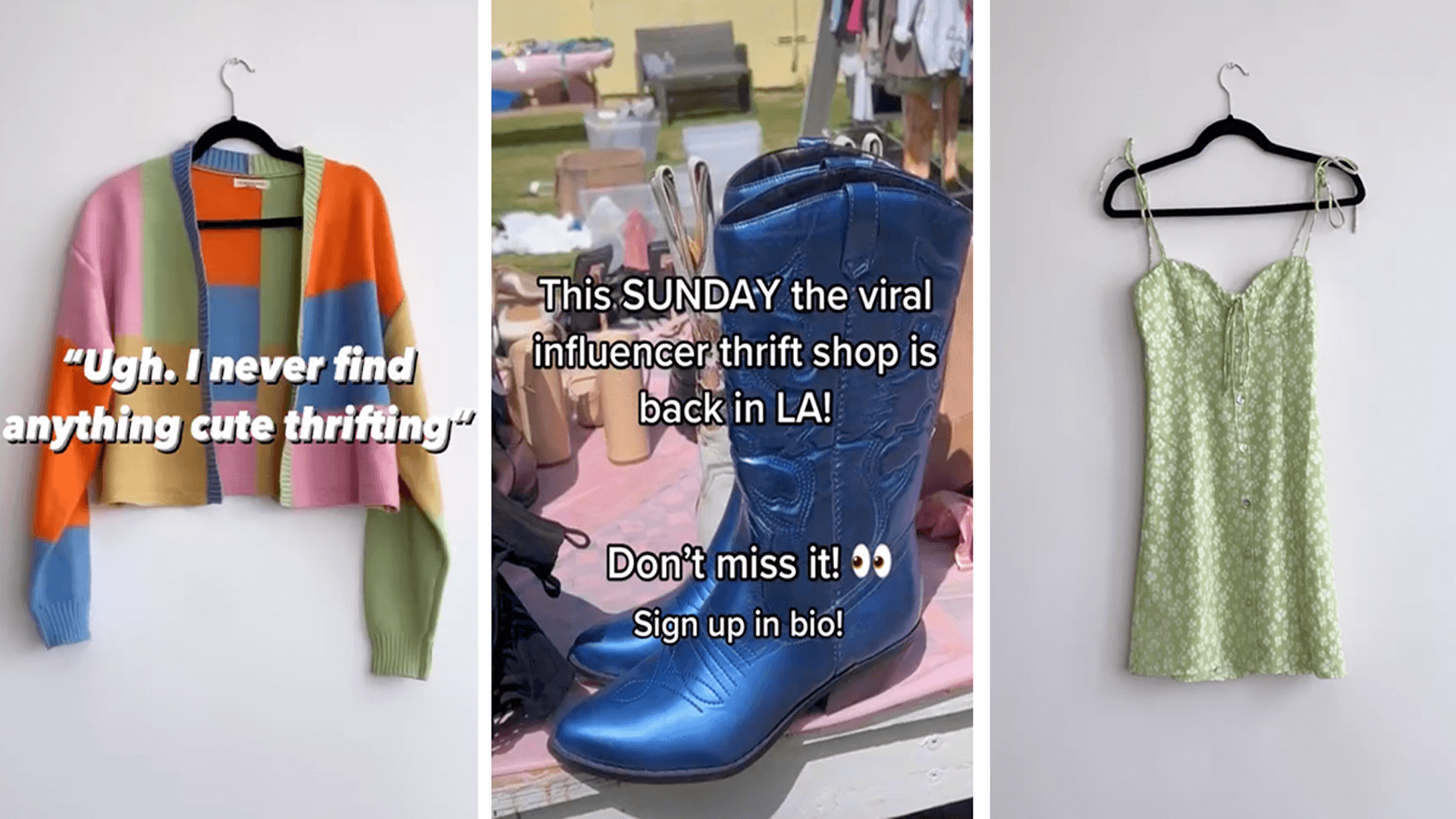 A woman in L.A. created the country’s first influencer-based resale platform, providing a cheaper and greener solution to closet envy by allowing people to shop the clothes of their favorite influencers at bargain-basement prices.

Social media influencers are content creators that are known to have beautifully curated feeds, high-quality content, and, of course, the latest and greatest products.

Influencers often accumulate a massive amount of clothing and accessories through brand deals and sponsorships –– but what happens after they post their content and tag their partners?

In an interview with VoyageLA, Meghan Russell revealed she set out to answer this question with an idea to streamline shopping by trend, “right from the influencer [customers] see it on, instead of buying the item brand-new.”

And thus, Detoure was created.

Russell, 24, started Detoure –– America’s first influencer thrift store –– by collecting pieces from various influencers and selling them both online and through pop-up shops in Los Angeles. Online, shoppers can search for items by brand, category, and influencer.

And this platform helps influencers, too. Through Detoure, influencers can earn money from consignment without putting in the extra work to upload items to resale platforms like Depop or Poshmark.

What sets Detoure apart from other resale platforms is its ease of use for influencers and shoppers, its specificity to trends, and its curated selection of clothing pieces.

“It means access to the sweater you saw on your favorite influencer yesterday,” Detoure advertises.

After graduation, she landed her dream job in marketing, working with influencers and sustainable fashion.

Weeks into the beginning of her career, Russell got laid off due to the pandemic. But before she left, she had a revelation during a conversation with an influencer, who was “ranting about how her closet’s overflowing,” she told NBC News.

With influencers dying to get rid of clothing and followers dying to shop their wardrobes, there seemed to be a clear solution.

She received enthusiastic responses and drove all around the city to pick up bundles of fashionable, barely-worn clothing. Russell photographed and listed each item on a simple Shopify site, and the rest is history.

Bolstered by participating influencers and popularized by shoppers excited to buy pieces they have seen across their feed at bargain prices, Detoure has enjoyed a prominent social media presence that drives its sales.

Its pop-ups are what made Detoure go viral on TikTok, where it’s marketed as an influencer yard sale, with people lining sidewalks and waiting hours for their 15 minutes to shop.

And, to sweeten the operation, Russell donates any items that do not sell to the Downtown Women’s Center Los Angeles.

According to Russell, the most sustainable way to shop is to buy secondhand and give new life to old pieces.

Russell knew that to make Detoure work, pieces needed to be affordable because “pushing sustainable fashion isn’t going to change anything if people can’t afford it,” she told NBC News.

On average, 32 billion clothing pieces are produced each year, and 64% of these new garments are thrown away and end up in landfills. In 2018, Americans generated an estimated 17 million tons of clothing and footwear waste.

Multiple factors contributed to this increase in fashion waste, but the most important contributor is the shortening of trend cycles.

Consumers are now buying haul-worthy amounts of clothing that will be trendy for a few weeks or months and then discarding these items once these pieces oversaturate social media feeds, ultimately causing the trend to die out.

Not to mention that trying to keep up with these trends can cause shoppers to waste tons of money on fast-fashion clothing that was not made to last.

Detoure solves this dilemma by providing trending pieces straight from an influencer’s feed at low prices.

Russell hopes that Detoure’s finely curated selection will prove to people that they do not need to turn to unethical companies like Shein to participate in trends.