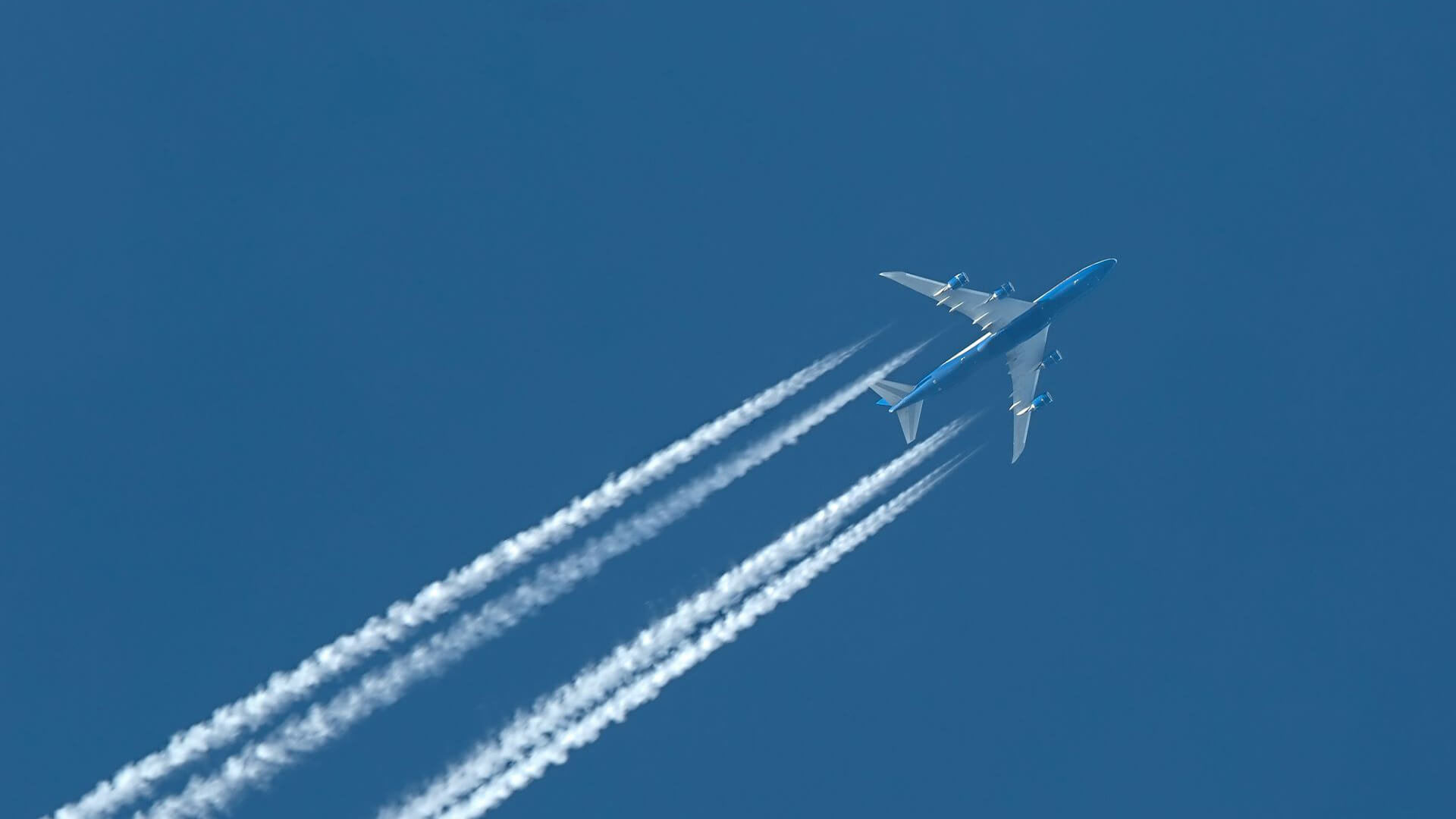 Most people are well aware of how the burning of fossil fuels contributes to our planet’s warming temperatures, but for many of us, contrails are more of a mystery. But that may soon change, thanks to a recently formed task force designed specifically to tackle contrails.

Contrails are long, white, whispy clouds that shoot out of an airplane as the result of moisture condensing and freezing as it leaves an engine flying at high altitudes.

Now, airlines are coming together to figure out how to reduce their impact. The new task force was informed by a 2020 study, which found that contrails almost double the aviation industry’s contributions to climate change.

“Contrails have been the elephant in the room for the aviation sector for decades,” Andrew Chen, who leads aviation decarbonization effort at the non-profit RMI, told Canary Media.

“We’re now at a place where we know the impact,” he added. “That means we have to do something about it.”

During the day, contrails pose little risk to our planet’s overheating. But at night, they can hang around for extended periods.

“It’s those persistent nighttime contrails that are most important, in terms of the climate effects,” Marc Stettler, who leads the Transport and Environment Laboratory at Imperial College London, told Canary Media.

At night, water vapor can attach itself to soot particles and form ice crystals. These crystals become cirrus clouds that expand, blanketing an area of the sky and trapping a significant amount of heat inside the atmosphere.

First, it seeks to improve the scientific understanding of which regions of airspace are more likely to create contrails. From there, it will help create flight plans that can adapt to avoid these areas.

If these strategies can be developed and implemented quickly, it could mean a drastic reduction in the impact that airplanes have on our Earth.