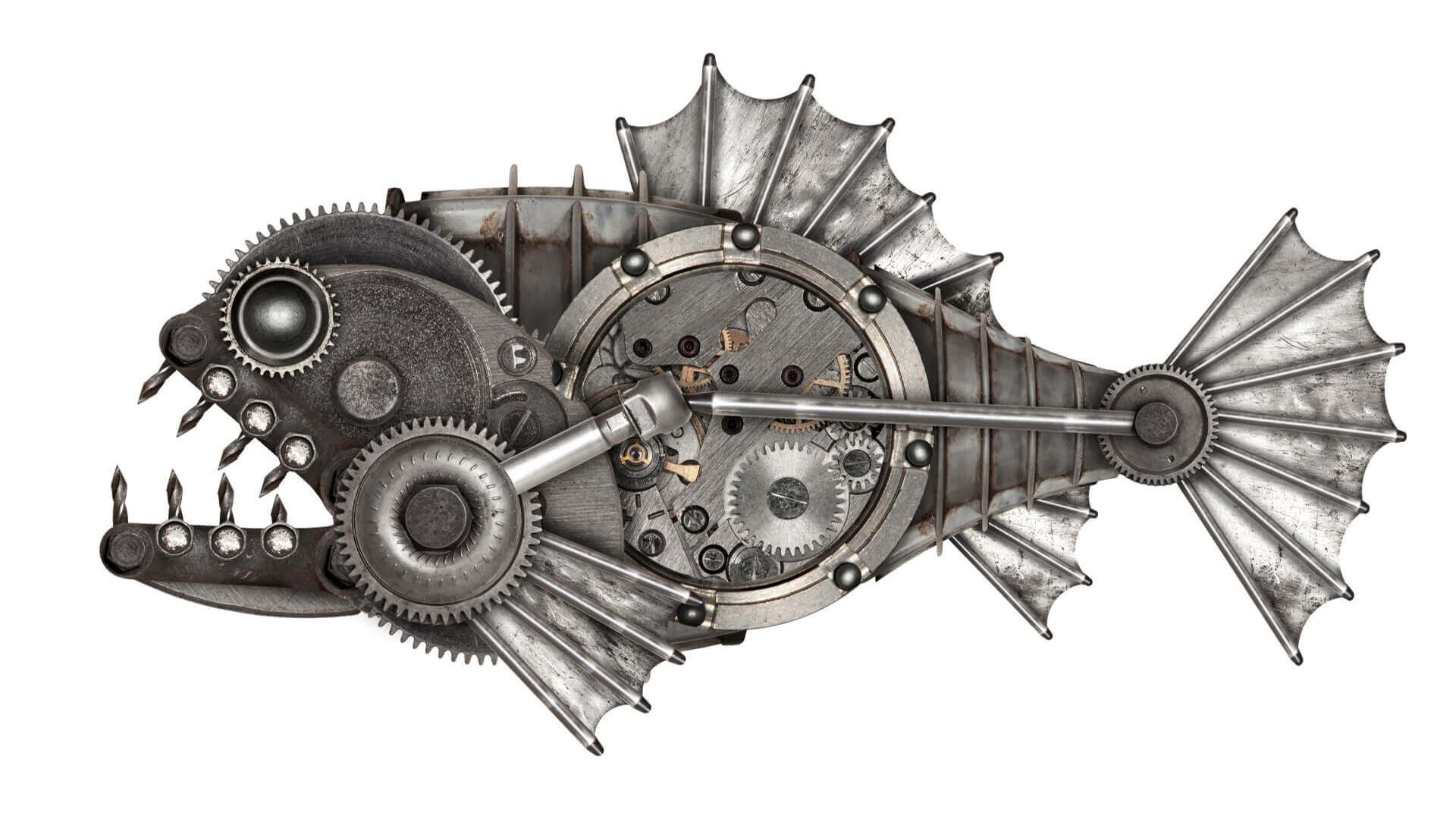 An estimated 100 million marine animals are killed by plastic waste every year. Now, one robot is seeking revenge. The University of Surrey has unveiled the design for a new plastic-eating “robo-fish” that filters microplastics as it swims through waterways. The robot, about the size of an average salmon, features a wide mouth and gills that help combat plastic pollution.

The gills use a fine mesh that expels water but traps plastics as small as 2 mm. The fish currently requires a hardwired remote control to swim, but later upgrades may allow it to move independently and trap even smaller plastics.

The robo-fish was designed by Eleanor Mackintosh, a student who submitted her idea to a contest hosted by the University of Surrey.

“Water pollution, especially plastic pollution, is a huge problem,” Mackintosh said to New Atlas. “It’s not just the ocean which suffers but rivers, streams, lakes, and ponds. This makes it a problem without a one-size-fits-all solution … my design was focused on having a versatility in its function. What better creature to address the issues in water bodies than one that lives in them?”

The university’s Natural Robots Contest sought submissions from around the world to find the best bio-inspired robot to help the Earth. The winner of the contest was turned into a functional prototype. Other submissions included crablike space rovers, a robotic sea urchin, and robots shaped like bears that protect forests, but Mackintosh’s robo-fish was the judges’ favorite.

“We don’t know where the vast majority of plastic dumped into our waterways ends up,” said Robert Siddall, the creator of the contest and lecturer at the University of Surrey. “We hope that this robo-fish and its future descendants are the first steps in the right direction to helping us to find and, eventually, control this plastic pollution problem.”

The robo-fish’s design is open source and can be downloaded on the contest website for free. The fish can be reproduced and owned by anyone with access to a 3D printer.

“The robo-fish will join other pollution-fighting robots under development at the University of Surrey, helping to make the world more sustainable,” Siddall said.